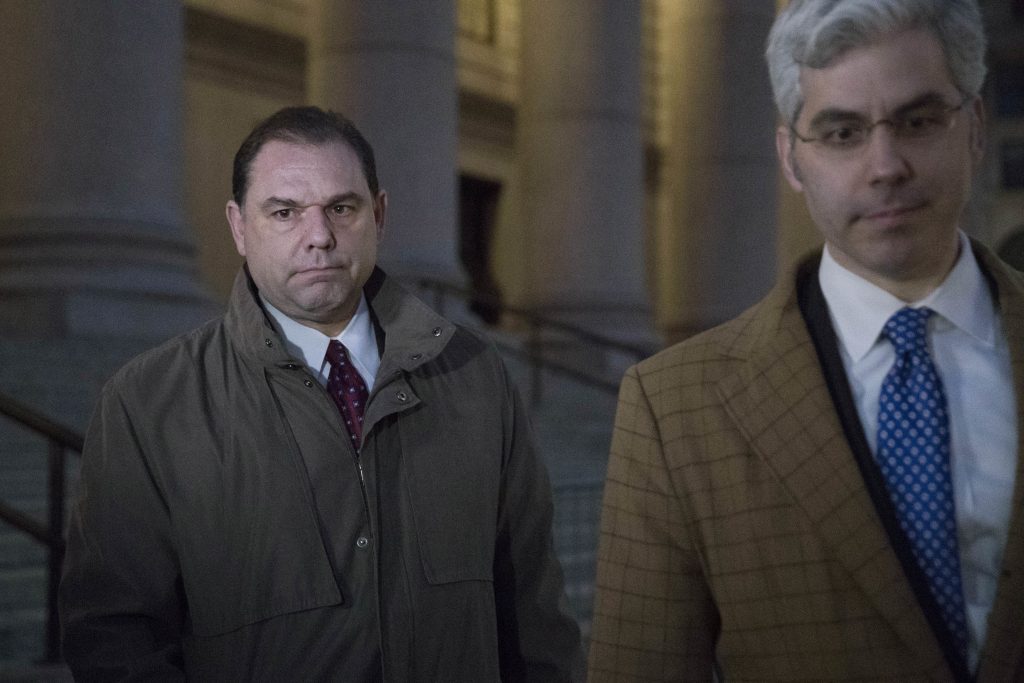 A New York jury is quietly going about its deliberations in the bribery case against a former top aide of Gov. Andrew Cuomo.

The federal jury was in its first full day of deliberations Friday and will continue on Monday after hearing over a month of evidence and 25 witnesses against Joseph Percoco and three businessmen.

The jury deliberated over four hours Thursday without reaching a verdict. It sent out a single note, asking for a definition about the law.

On Wednesday, Barry Bohrer, Percoco’s lawyer, mocked how prosecutors claimed his client accepted bribes, or “ziti,” as they like to call it.

“Comb the record for all the ziti emails to see who, in fact, invokes the word,” Bohrer urged the Manhattan federal court jurors.

He said they’ll discover that the word was first used 14 times by lobbyist Todd Howe, the government’s main witness, and only twice by his client. “This isn’t the language of criminals. It’s not evidence of a crime. But that’s what they led with yesterday,” he said.

Attorneys made the word a focus of their closing argument. Assistant U.S. Attorney David Zhou began his closing argument Tuesday by reading aloud a few emails in which Percoco, 48, and his former friend, Howe, used the word in their communications. Zhou told jurors Percoco was “begging, requesting, demanding ziti” and got it when one businessman who needed help from the state hired his wife at a job that paid her a total of $290,000 while two real estate developers arranged for him to get another $35,000.

Howe was the government’s star witness in the five-week-old trial. An admission during his multiday testimony that he violated his cooperation deal with prosecutors by failing to mention that he had tried to improperly recover the cost of a night at a Manhattan luxury hotel from a credit card company caused him to be imprisoned for a possible bail violation.

Howe pleaded guilty to eight federal charges, and defense lawyers have argued that he lied on the witness stand to try to escape the potential for decades in prison.

Bohrer attacked Howe’s claims that Percoco was seeking bribes because he was suffering financially in 2012. He told jurors to review his savings account, saying they’ll see that he had $63,000 in savings in September 2012 and the same amount two months later.

“See if you agree this was a picture of financial desperation,” Bohrer said. “You’ll see that the Percocos, their finances were just fine.”