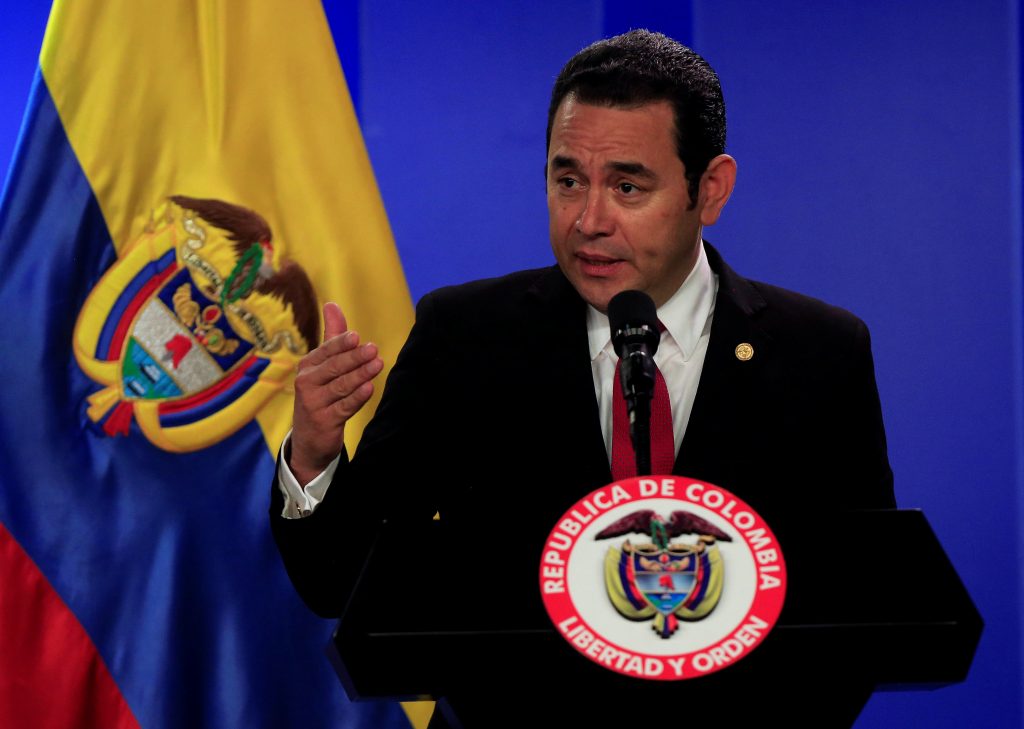 Guatemala’s President Jimmy Morales is expected to formally announce on Sunday the decision to move his country’s embassy to Yerushalayim in May, according to media reports.

At a meeting with Morales in Washington’s Blair House, where Israeli Prime Minister Binyamin Netanyahu is staying, the latter told him: “Thank you for everything you’re doing, for recognizing Jerusalem as Israel’s capital, and I hope soon you’ll move your embassy to Jerusalem. We hope.”

“It is an honor and it is the right thing to do,” the Latin American leader replied, ahead of a bilateral meeting with Mr. Netanyahu. Morales is known to be an evangelical Christian and strong supporter of Israel.

Guatemala had said it was planning to make the move, after U.S. President Donald Trump’s declaration of Yerushalayim as Israel’s capital in December, but this would finalize the matter.

The White House has already announced plans to move the embassy in mid-May, apparently to coincide with Israeli Independence Day.

Guatemalan Foreign Minister Sandra Jovel said she has received calls from the Palestinian Authority asking for Guatemala to reconsider.

But the country’s position, she said, was irreversible, The Times of Israel reported.

Meanwhile, Guatemala’s Constitutional Court rejected a petition to block the embassy move on the grounds that it contravened international law.