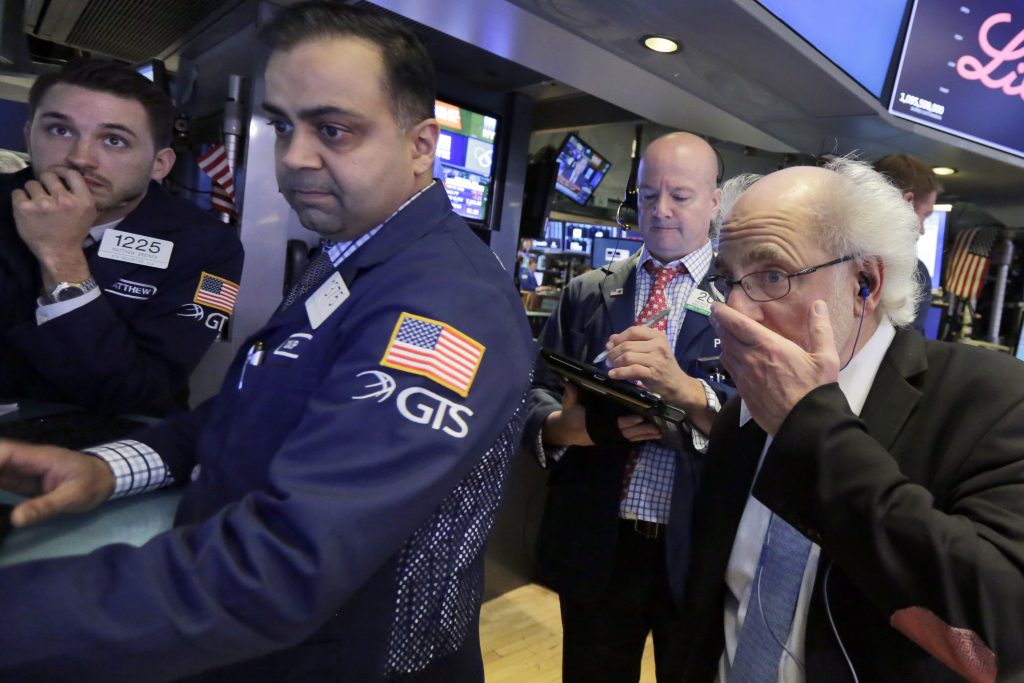 A global sell-off in stocks came back around to the United States on Friday after President Donald Trump doubled down on “trade war” talk. The Standard & Poor’s 500 fell sharply at the start of trading, before paring its losses by midday, and the index is now down for the year even though it just had its best January in two decades.

Trump took to Twitter to defend his promise from Thursday to impose stiff tariffs on imports of steel and aluminum, which has investors worried about escalating retaliation by other countries. He said that the United States is losing on trade with virtually every country and that “trade wars are good” and “easy to win.”

Investors have a different impression. Markets tumbled in Asia, where China expressed “grave concern,” and the weakness spread to Europe, where the president of the European Union’s governing body promised retaliation if Trump follows through. In the United States, the S&P 500 dropped as much as 1.1 percent before paring its decline.

A trade war would threaten one of the key reasons investors were optimistic about stocks coming into 2018: The global economy was finally strengthening in sync, which should lead to higher corporate profits. Big U.S. companies are heavily reliant on global trade, which means investors in U.S. stocks have only recently begun feeling the full benefit.

Companies in the S&P 500 got 43 percent of their sales from outside the United States in 2016, according to the most recent data from S&P Dow Jones Indices.

A “trade war is in no one’s interests,” said Roberto Azevedo, head of the World Trade Organization.

The trade worries are piling onto a market that was already nervous. Concerns about the possibility of higher inflation and interest rates have rocked markets since the S&P 500 set its latest record-high in late January.

Inflation has been low in the years following the Great Recession, but if it jumps higher, it could force the Federal Reserve to raise short-term rates more sharply than investors are expecting. That could easily upset markets, which had been enjoying a remarkably smooth ride last year. Higher rates can steer investors away from stocks because bonds will be paying more in interest.

Fed Chairman Jerome Powell jolted markets on Tuesday, when he said that he’s feeling more optimistic about the U.S. economy. Some investors took that as a signal that the Fed may get more aggressive, which sent stocks down and Treasury yields higher. Later in the week, though, Powell may have calmed some of the fears when he said that he does not see inflation in wages “at a point of acceleration.”

If Trump follows through on his tariff promise, it could raise costs for companies that use lots of steel.

The biggest loss in the S&P 500 came from Foot Locker, which plunged after it said sales trends were weaker last quarter than analysts had expected. Shares dropped $6.93, or 15.1 percent, to $38.95.

In the commodities markets, Benchmark U.S. crude slipped 14 cents to $60.84per barrel. Brent crude, the international standard, rose 32 cents to $64.15 per barrel.