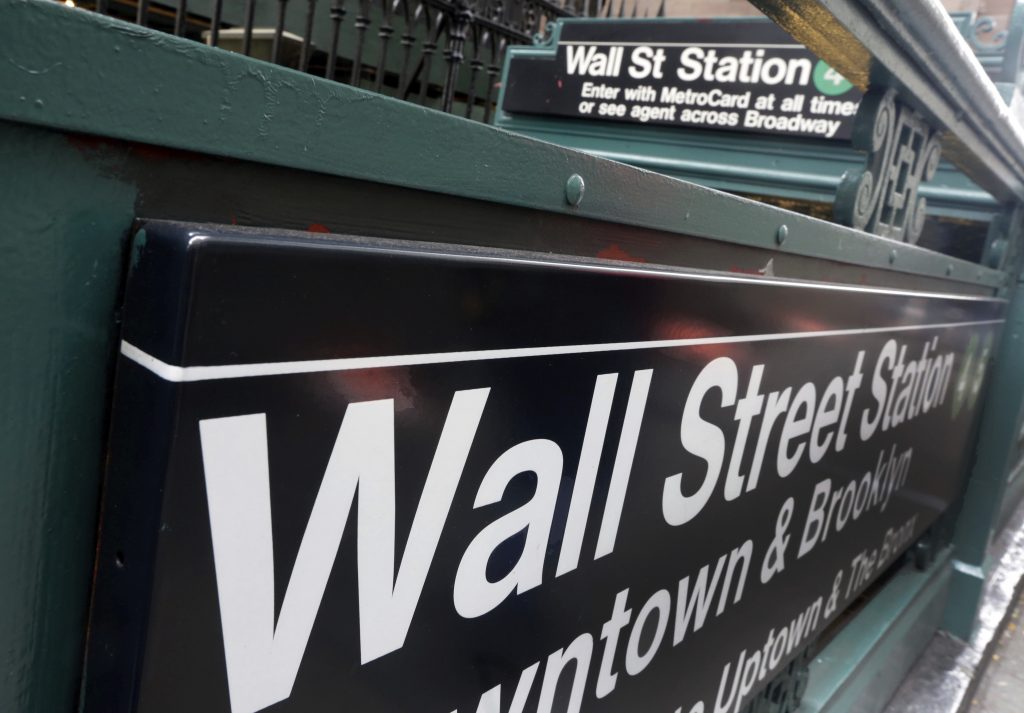 U.S. stocks wavered Wednesday, and the Standard & Poor’s 500 index was on track to break its longest-ever streak for positive monthly returns.

February is shaping up to be the worst month in two years for the index, after worries about rising inflation and rates sparked a sell-off, and its loss even after including dividends would be its first since October 2016.

YIELDS: Worries about rising interest rates have been the driving force for markets in recent weeks, and the yield on the 10-year Treasury note dipped to 2.87 percent from 2.90 percent late Tuesday.

The 10-year yield gave up about half its increase from the prior day, when yields climbed on speculation that the Federal Reserve may get more aggressive about raising interest rates. Fed Chairman Jerome Powell told Congress that he’s more optimistic about the economy, which led some investors to anticipate four rate increases for 2018, up from the three of last year.

Higher rates make bonds more attractive as investments and can divert buyers away from stocks. Worries that rates will rise higher and more quickly than the market expected helped trigger a 10 percent tumble for stocks worldwide earlier this month.

A PAINFUL MONTH: The S&P 500 is on track to close out February with a 2.6 percent loss, a sharp turnaround from its blistering start to the year.

In January, stocks jumped on expectations that corporate profits would keep rising and the global economy would keep strengthening. It was a continuation of the remarkably smooth rise that investors enjoyed in 2017.

The momentum hit a wall at the start of February when a government report showed that workers’ wages grew more strongly than expected in January, which sparked the worries about rising inflation and a more aggressive Federal Reserve.

The S&P 500 had as many days in February where it lost at least 1 percent as it did in all of last year.

Expect even more swings in the market in coming weeks and months, with questions remaining on how much recently passed tax cuts will spur corporate spending and wage growth, said Brian Peery, portfolio manager at Hennessy Funds.

“We were without volatility for so long, but what’s in motion tends to stay in motion,” he said. “It’s been a pretty tumultuous month.”

SAILING HIGHER: Booking Holdings, the company formerly known as Priceline, jumped to one of the biggest gains in the S&P 500 after it reported a bigger profit for the latest quarter than analysts expected, aided by stronger travel bookings.

X FACTOR: TJX, the company behind T.J. Maxx and Marshalls, was also higher following its earnings release. The retailer said it will boost its dividend and buy back up to $3 billion during the fiscal year that ends Feb. 2, 2019.

LOWE’S DOWN: On the losing end was Lowe’s, which fell to one of the sharpest losses in the S&P 500 after it reported weaker profit for the last quarter than analysts expected.

COMMODITIES: Benchmark U.S. crude fell 32 cents to $62.69. It had dropped even more earlier after a report showed that the amount of oil in U.S. inventories rose more than analysts expected last week. Brent crude, the international standard, lost 69 cents to $65.83 per barrel.