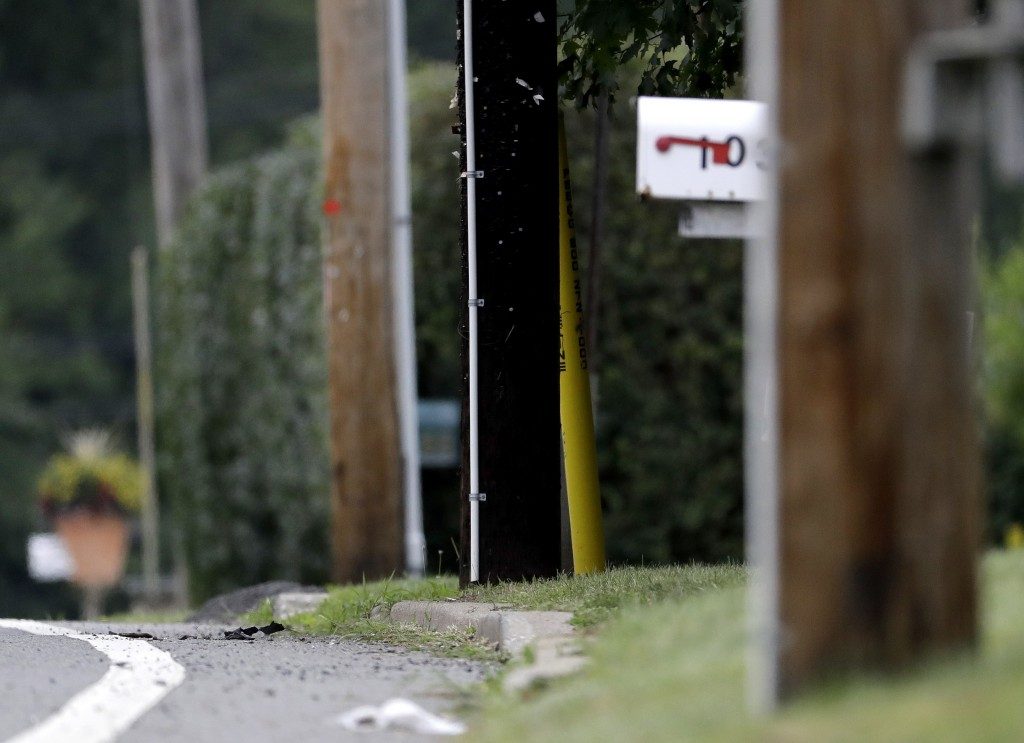 You’d think it was a Purim joke. But, no, “Operation Schtickle Pioneer” is a thing.

At least in one person’s mind.

Did you know that a Jewish cabal is planning to make “large areas of public property… [into] extension[s] of private Jewish households,” and that concerned citizens are, as a result, “under siege by members of religious groups backed by the Agudath Israel of America”?

Neither did I. But one anonymous New Jersey activist, the baal habayis of a new website, knows better. He informs us that the Agudah has “instructed its followers to start taking over areas within 1.5 hours of Manhattan in an attempt to ‘convert’ them to the Hasidic way of life.”

And that the national Orthodox organization has named its nefarious plot, yes, “Operation Schtickle [sic] Pioneer.”

A moment’s thought and a bit of imagination yield the realization that Mr. NoEruv is referring to the scandalous practice of putting pieces of plastic piping on some utility poles to serve as lechis for eruvim. Indeed, he called his site “NoEruv.” And he has a warning for us plotters: “We have you and know how you operate.”

Confused? Let us, as the Chinese saying goes, feing ohn fun der unfaing, or start at the beginning.

That would be Agudath Israel’s 93rd national convention, which took place in 2015. At one of the many sessions during the multi-day event, long-time Agudath Israel Vice President for Community Services Rabbi Shmuel Lefkowitz addressed the topic of the Orthodox community’s “Growing Pains” — the unaffordability of housing, born of the tzibbur’s growth.

Rabbi Lefkowitz made a radical (well, to some) suggestion, namely that people who were raised in places like Boro Park, Flatbush, Manhattan or Lakewood consider living in somewhat off-the-beaten-track locales. He didn’t go quite so far as I once did when I suggested establishing Satmarer in Sioux City, moving Telshers to Tuskegee and Y.U.ers to Wyoming. More modestly, he simply asked his listeners to consider buying homes in outlying boroughs and suburbs in New York and New Jersey.

And he said, several times, without a hint of ominousness, “You can be a shtickel pioneer.”

Thus — under the direction, presumably, of the Elders of Zion — was born “Operation Schtickle Pioneer.”

Our anonymous anti-eruvite managed to mangle, if only in his heady head, an innocent endorsement of Jews’ setting their homestead horizons a bit beyond their comfort zones into a nefarious plot by scheming rabbis to “instruct their followers on how to convert townships in New Jersey.”

The would-be lechi-liquidator is understandably frustrated. Several weeks ago, the township of Mahwah, New Jersey, which had halted the building of an eruv, reached a settlement that included not only the resumption of the eruv-building but also the town’s pledge to not interfere in its maintenance and upkeep, and to provide a police escort for any such work (as vandals had previously torn down lechis).

It also agreed to pay the Bergen Rockland Eruv Association at least $10,000 in legal fees.

For its part, the Eruv Association agreed to switch the white PVC pipes it had been using for elements that better blend in with the utility poles.

The settlement was the result of a lawsuit last October by then-State Attorney General Christopher S. Porrino, charging the town with violating the rights of religious Jews. Then-Mahwah Mayor Bill Laforet and then-New Jersey Governor Chris Christie supported the suit.

All of which apparently made Mr. NoEruv unhappy. He insists that the Constitution’s First Amendment, which prohibits the establishment of an official religion for the U.S., thereby forbids the erection of eruvim on public property.

But the Mahwah eruv opponents didn’t stand a chance in court, as those supporting the ordinance forbidding the eruv clearly aimed to prevent Orthodox Jews from moving to the town — rendering the question not one of establishing a religion but rather one of preventing citizens’ free exercise thereof, the other part of the Establishment Clause.

In any event, it’s pretty clear that more important to Mr. NoEruv than any Constitutional issue is the sneaky way Jews are bent, as he sees it, on… taking over and “converting” others.

I can’t know the mind of Mr. NoEruv, so I can’t opine on its state. But I’m not sure what’s more disturbing: That a man would so dislike religious Jews that he would intentionally misrepresent an innocuous statement as something devious, or that a man might actually believe that the statement is in fact devious.

Either way, and amusing as his imagined plot may be, people like Mr. NoEruv are no joke.