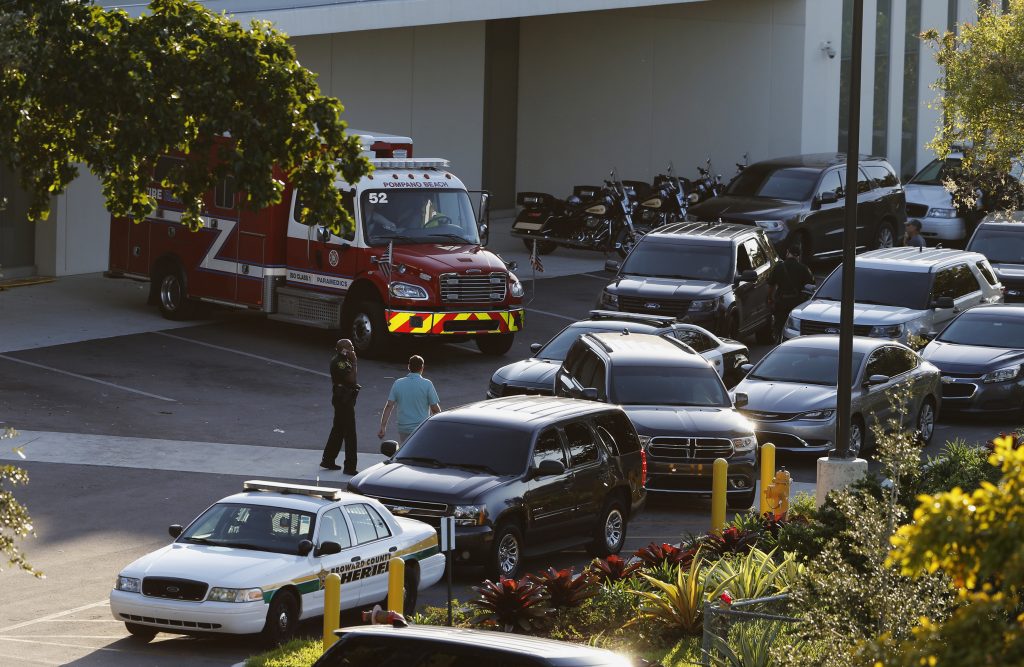 The Florida teenager accused of carrying out the deadliest mass shooting at a high school in U.S. history will appear in court on Tuesday as a long-simmering national debate rages on between proponents of gun rights and advocates of firearms controls.

Nikolas Cruz, 19, is expected to be in a Broward County criminal court for a hearing on obtaining evidence from him, almost two weeks after 17 people were shot and killed at Marjory Stoneman Douglas High School in Parkland, Florida, an affluent suburb of Fort Lauderdale.

The 14 students and three adult educators killed were shot with a semiautomatic AR-15-style assault weapon, which authorities say was purchased legally last year by the accused gunman, Cruz, when he was 18 years old.

The shooting has rattled long-drawn political lines on gun rights in the United States, where Republican officials have often opposed efforts by gun control advocates to tighten gun ownership laws, partly out of concern about retribution by the powerful National Rifle Association.

President Donald Trump, a Republican who backed gun rights during and since his 2016 presidential campaign, has been under pressure to show he is responding without alienating Republicans who oppose firearms restrictions.

On Monday, he met with 35 governors, urging them to disregard pressure from the NRA as they seek to address firearms safety and school security. He has embraced the call to safeguard schools by arming teachers, but he also has voiced support for strengthening background checks for prospective gun buyers – a proposal the NRA has traditionally resisted.

Washington Governor Jay Inslee, a Democrat, told the president that teachers in his state do not want to carry weapons.

But Texas Governor Greg Abbott, a Republican, said more than 100 school districts in his state have trained teachers and other staff to carry a weapon and respond to attacks. “Some school districts, they promote it,” Abbott said. “They will have signs out front, a warning sign, ‘Be aware there are armed personnel on campus.'”

Florida Governor Rick Scott told the governors meeting that his state plans to invest $500 million to have a significant law enforcement presence in every public school in Florida.

On Monday, President Trump also lashed out at some of the law enforcement officers who were first to arrive at the school. “The way they performed was, frankly, disgusting,” he said of reports that some deputies hesitated to go after the gunman. He added that he believed that if he were in the same situation, he would have run into the school “even if I didn’t have a weapon.”

An armed sheriff’s deputy who was assigned as the school resource officer resigned rather than face suspension. He was found to have stayed outside the building during the attack instead of going in to confront the gunman, according to Broward County Sheriff Scott Israel. Joseph DiRuzzo, an attorney for the deputy, Peterson, defended his actions in a statement, saying he had remained outside because he believed the gunfire was occurring outside the school.

Investigators are also looking into reports from the neighboring Coral Springs Police Department that three other sheriff’s deputies who were outside the school during or just after the shooting failed to enter immediately.

Moreover, Sheriff Israel has acknowledged his investigators are examining whether his office mishandled two telephone tips in 2016 and 2017 that warned Cruz was collecting weapons and might be inclined to commit a school shooting. Israel, a Democrat first elected sheriff in 2012, has come under sharp criticism from 74 Republican state lawmakers calling for him to be removed or suspended from office.