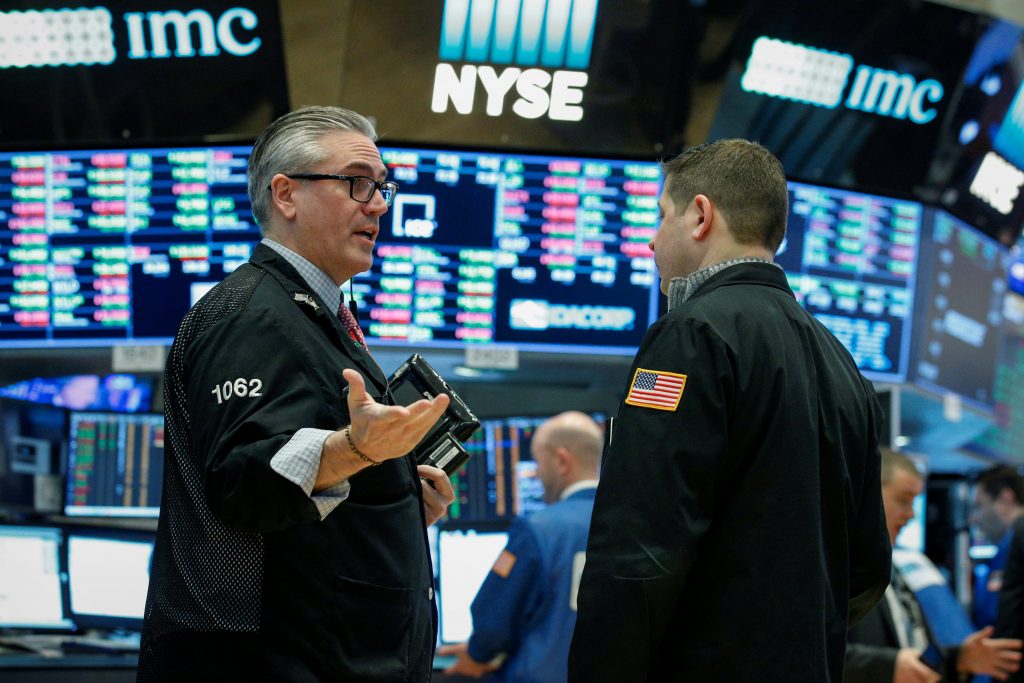 Stocks are climbing again on Monday as markets around the world continue to claw back from their sharp tumble last month.

The Standard & Poor’s 500 index has regained nearly two thirds of its 10.2 percent loss since setting its record a month ago. Treasury yields, which have been at the center of worries for stock investors, eased.

RATE WATCH: A jump in interest rates was what triggered the sell-off for stock markets around the world last month. That’s why an appearance this week by the Federal Reserve’s chairman is so anticipated.

Jerome Powell is scheduled to deliver his first testimony as chairman of the Fed to Congress, and he’ll speak about monetary policy before the House of Representatives’ financial services committee Tuesday morning. Investors will dissect it immediately for clues on how aggressive the Fed will be in raising interest rates to forestall inflation.

Treasury yields have been climbing over the last month for a range of reasons, including higher expectations for inflation, a strengthening U.S. economy and the U.S. government’s increased need to borrow.

Higher interest rates can hurt stock prices by making bonds look more attractive as investments, and Wall Street is split on how high they can climb. Most of Wall Street is anticipating a gradual increase, as the Fed slowly moves short-term rates higher.

One exception is Morgan Stanley, where strategists say the 10-year Treasury yield could fall back below 2 percent by the end of the year.

STRONG EARNINGS: One driver for stocks in recent weeks is how impressive corporate profit reports have been.

Roughly 90 percent of S&P 500 companies have said how much they earned during the last three months of 2017, and three quarters of them made more than analysts expected, according to S&P Global Market Intelligence. More important to investors is that 75 percent of companies made more in revenue than expected. Revenue growth is on pace to be the best since the summer of 2011, according to FactSet.

QUICK REBOUND: Other than the drop in rates, analysts saw few clear reasons to drive stocks much higher on Monday. Earnings reporting season is mostly done, and no big-ticket economic reports were on the calendar.

“Today’s rally has been very surprising,” said Randy Frederick, vice president of trading and derivatives at the Schwab Center for Financial Research. “There doesn’t seem to be a real obvious catalyst, yet we’re having a banner day. It might be good to be a little careful here.”

Even when looking back at the last couple weeks, Frederick said the recovery for stocks may have come too quickly. If the S&P 500 is able to set another record high in the next few weeks, he said he’d prepare for the possibility of another quick downturn. “I’d prefer it to slow down a bit here,” he said.