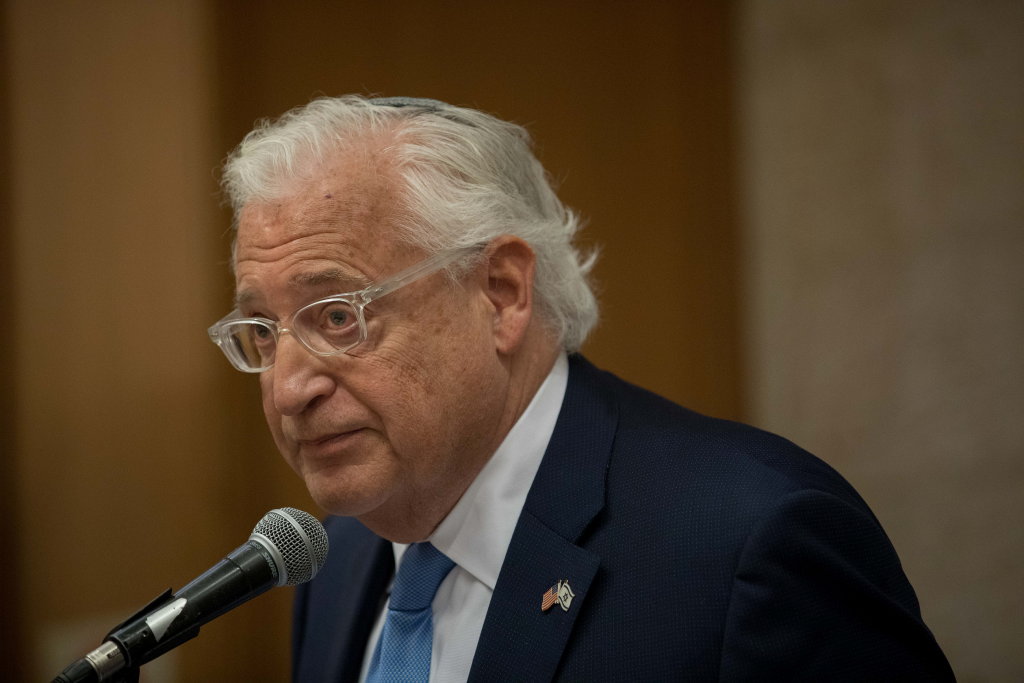 U.S. Ambassador to Israel David Friedman said on Monday that any attempt to evacuate Jewish communities in Yehudah and Shomron as part of a final status agreement with the Palestinians would tear the nation apart.

Speaking at a Yerushalayim summit of the Conference of Presidents of Jewish Organizations, Friedman stated: “I believe that a widespread eviction will lead to a civil war. But that’s my opinion,” according to media reports. Of the approximately 400,000 Jews living in the region, he said they “aren’t going anywhere.”

He also said that evacuation orders given to IDF officers would precipitate a crisis of conscience, as they are increasingly “people who believe this land was given to them by G-d,” and would likely refuse to carry out such orders.

Some of the conference participants were “startled” by Friedman’s words, according to a Channel 10 report.

Prior to assuming the post of ambassador, Friedman was an active supporter of the Jewish presence in Yehudah and Shomron, who served as president of American Friends of Bet El Institutions.

In addition, the ambassador commented on the U.S. embassy move, saying that the end of 2019 is an outside date, and it will probably happen sooner, Axios quoted him as saying.

Regarding the claim that a peace deal is imperative to preserve Israel as a Jewish and democratic state is a platitude, because for 25 years people have been saying that and Israel has only thrived and prospered.

Also on Monday, a report was published, which said that the number of Jewish residents in Yehudah and Shomron grew at nearly twice the rate of Israel’s overall population last year.

Yaakov Katz, founder of “West Bank Jewish Population Stats,” a report sponsored by Bet El Institutions, predicted that population in the region would surge even more in the coming years thanks in part to the Trump presidency, according to The Associated Press.

“This is the first time, after years, that we are surrounded by people who really like us, love us, and they are not trying to be objective,” Katz said. “We have to thank G-d he sent Trump to be president of the United States.”

In comparison, Israel’s total population grew 1.8 percent to 8.743 million last year, according to the Central Bureau of Statistics.

Katz said the rapid demographic change should put to rest the idea of a two-state solution favored by the Palestinians and most of the international community.

Based on recent growth patterns, he said the population could approach 500,000 by the time Trump leaves office. His study did not include the more than 200,000 Israelis now living in east Yerushalayim.

“We are changing the map,” he said. “The idea of the two-state solution is over. It is irreversible.”

Katz said the figures are based on official data from the Israeli Interior Ministry not yet available to the public.

In response, Palestinian chief negotiator Saeb Erekat called on the international community to condemn the trend.

“What is required of the world, including the American administration, is to condemn the settlements as illegitimate and illegal and to recognize the principle of two states on the 1967 borders,” he said. “If they want to keep hope in any future peace process, they must stop these plans.”

Brian Reeves, spokesman for Peace Now, told AP it could not corroborate Katz’s figures but that they are in the “ballpark” of its own estimates.