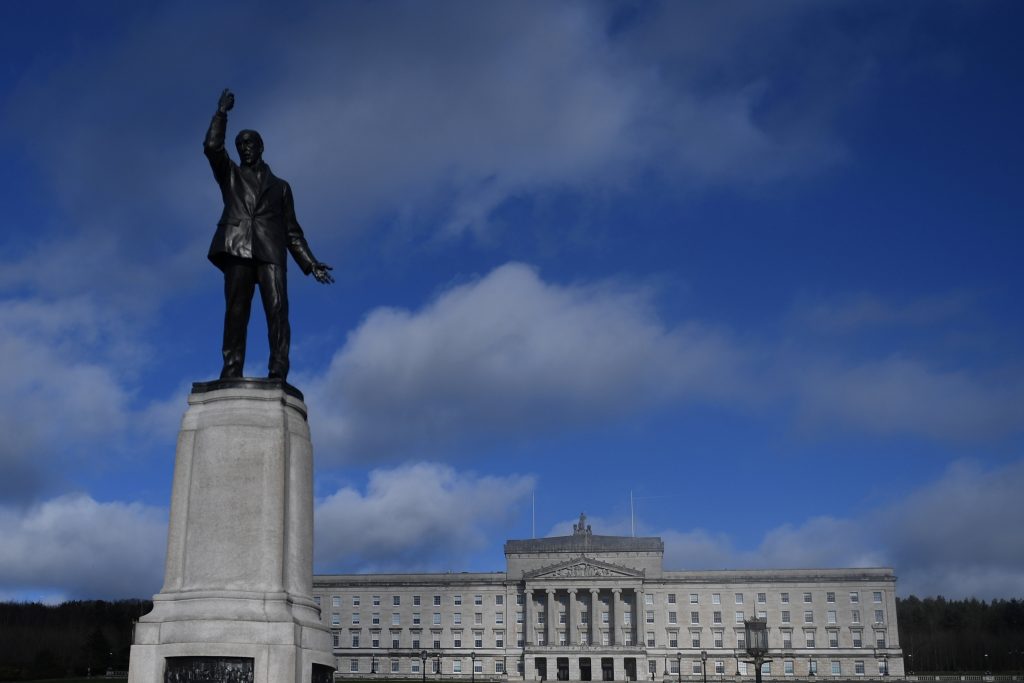 Talks to restore a government to Northern Ireland ended in failure Wednesday, just two days after the main Catholic and Protestant parties said they were close to resolving a 13-month political impasse.

The two sides traded blame for failing to break a stalemate that has left Northern Ireland’s 1.8 million people without a functioning administration for more than a year.

“In our view, there is no current prospect of these discussions leading to an executive being formed,” Foster said in a surprise announcement Wednesday.

Sinn Fein accused the DUP of scuttling a deal at the last minute.

“We had a way forward on all the issues,” said Michelle O’Neill, the party’s leader in Northern Ireland. “We had reached an accommodation with the leadership of the DUP. The DUP failed to close the deal.”

The political crisis threatens power-sharing, the key achievement of the 1998 peace accord that ended decades of violence and bloodshed in Northern Ireland.

The Catholic-Protestant government has been suspended since January 2017, when it broke down amid a scandal over a botched green energy project. The rift soon widened to broader cultural and political issues separating Northern Ireland’s British unionists and Irish nationalists.

Foster said Wednesday the DUP was willing to “to reach an accommodation on language and cultural issues.” But she said Sinn Fein’s demand for an Irish Language Act to enshrine the status of Irish was not “fair and balanced” and did not respect “the unionist and British identity” of Northern Ireland’s Protestants.

Many unionists see the promotion of Irish as an attempt to undermine Northern Ireland’s British identity, and as a step toward Sinn Fein’s ultimate goal of joining it with the Republic of Ireland.

The surprise breakdown in talks came just two days after the British and Irish prime ministers visited Belfast and said the parties were close to a deal.

Civil servants have run the government in Northern Ireland since the administration collapsed, with major spending and policy decisions deferred.

She urged the parties to “reflect” and think about the future.

“The position of the U.K. government remains the same — devolved government is in the best interests of everyone in Northern Ireland and is best for the union,” she said.