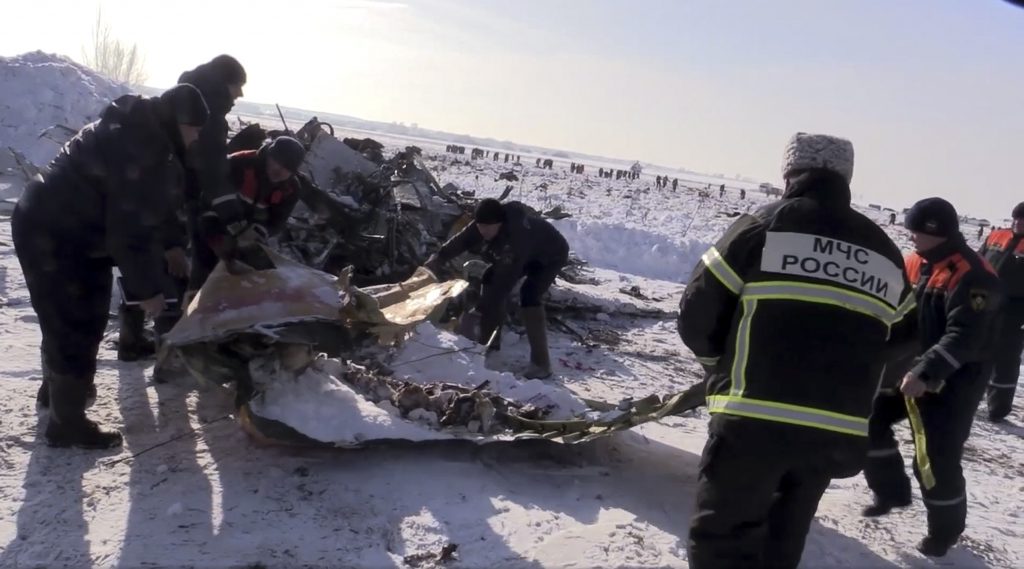 Human error may be to blame for the Russian plane crash that killed 71 people, Russian investigators said Tuesday, noting that the plane’s pilots failed to turn on the heating unit for its measuring equipment, resulting in flawed speed data.

The flawed readings came because the pilots failed to turn on the heating unit for the plane’s pressure measurement equipment prior to takeoff, the committee said.

The pilots had placed the An-148 on autopilot after taking off from Moscow’s Domodedovo Airport but took its manual controls back when they heard alarm signals warning of conflicting speed data. One indicator showed the plane’s speed at zero, investigators said.

The pilots then performed a series of maneuvers and eventually took the plane into a dive at 30-35 degrees. It plummeted into a snowy field outside of Moscow six minutes after takeoff, killing all 65 passengers and six crew onboard.

The committee said it is continuing to study the data, but noted that “erroneous data on the pilots speed’ indicators may have been a factor that triggered the special flight situation.”

It emphasized that the flawed speed data resulted from the “icing of pressure measurement instruments that had their heating systems turned off.”

The RBC news outlet quoted pilot Andrei Litvinov as saying the pilots probably took the plane into a dive because of low speed readings to avoid stalling and didn’t have time to correct their mistake at such a low altitude.

Saratov Airlines, which operated the plane, said its captain had more than 5,000 hours of flying time, 2,800 of them in an An-148, and the other pilot had 812 hours of experience, largely in that model.

The aviation committee’s description of the Moscow crash resembled the 2009 crash of an Air France Airbus 330 over the Atlantic Ocean, which killed all 228 people aboard. Ice crystals blocked pressure sensors responsible for air speed indication, and erroneous speed readings misled the pilot, who pitched the Air France plane sharply up instead of down as it stalled and lost control.

A crash of another An-148 in March 2011 during a training flight in Russia that killed all six crew members on board was also linked to a faulty pressure instrument resulting in wrong speed readings, prompting the confused crew to exceed the permissible speed limit.

The An-148 model itself has a very spotty safety record, with two crashes and a string of major incidents in which pilots struggled to land safely. Saratov Airlines has grounded other An-148s in its fleet pending the Moscow crash investigation.