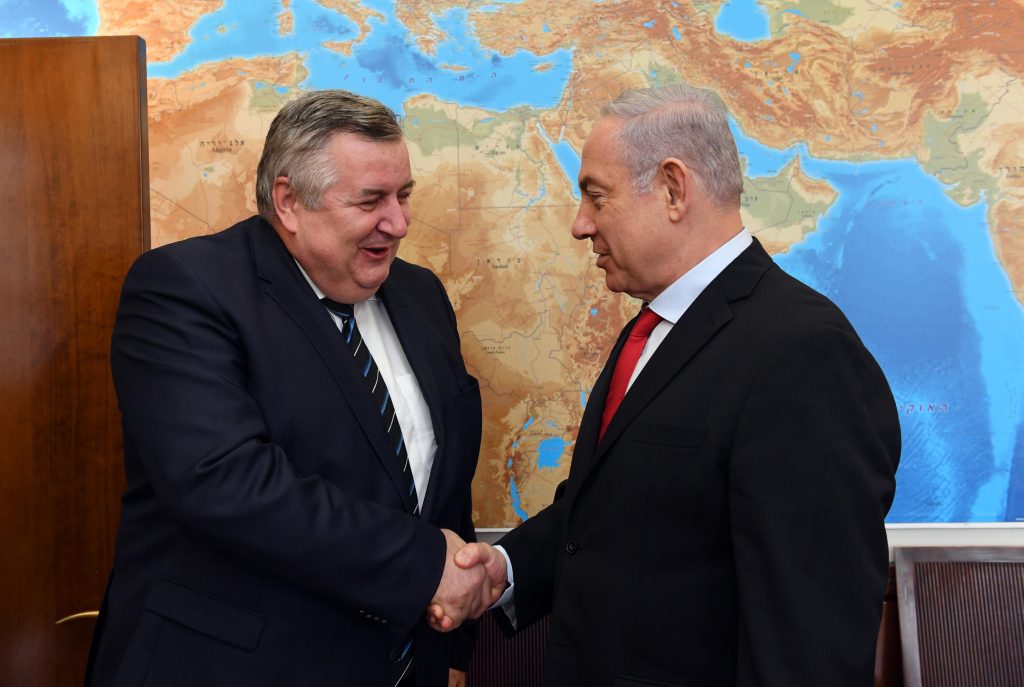 Binyamin Netanyahu canceled meetings and appointments Tuesday afternoon in order to meet with his attorneys, as police were preparing to submit the findings of their investigations into corruption charges against the Prime Minister. Netanyahu canceled an appearance in Teveria Tuesday afternoon, where he was to lay the cornerstone for a new wing for that city’s Poriah Hospital, and made time for just one meeting during the day, with a top Hungarian defense official.

The High Court on Monday rejected a petition against the release of the results of the police inquiry, paving the way for police to hand over the information to prosecutors, who will then have to decide whether or not to indict Netanyahu. That handover could come as soon as Tuesday evening or Wednesday, Channel Ten said.

Police are expected to make specific recommendations in Case 1000, in which Netanyahu was accused of accepting extravagant gifts from millionaire Arnon Milchin, mostly cigars. Regarding Case 2000, in which the Prime Minister allegedly leaned on the publishers of Yisrael Hayom to limit distribution of their free newspaper in order to benefit from better coverage in rival newspaper Yediot Acharonot, police are not expected to make specific recommendations, Channel Ten said. Netanyahu has repeatedly said about both cases that “there will be nothing, because there is nothing” for investigators to find.

Meanwhile, retired Yerushalayim region Police Chief and current Yesh Atid MK Miki Levy slammed the invitation to current Chief Roni Alshich to appear before the Knesset Interior Committee Wednesday to explain recent comments he has made in the media, including what he meant when he said that “powerful people” were trying to intimidate investigators who were working on the corruption cases against Netanyahu. “The attempts to threaten law enforcement did not succeed in the past, and will not succeed now. Police will continue their work without being intimidated until they arrive at the truth. That holds true for everyone, including the Prime Minister,” he said.