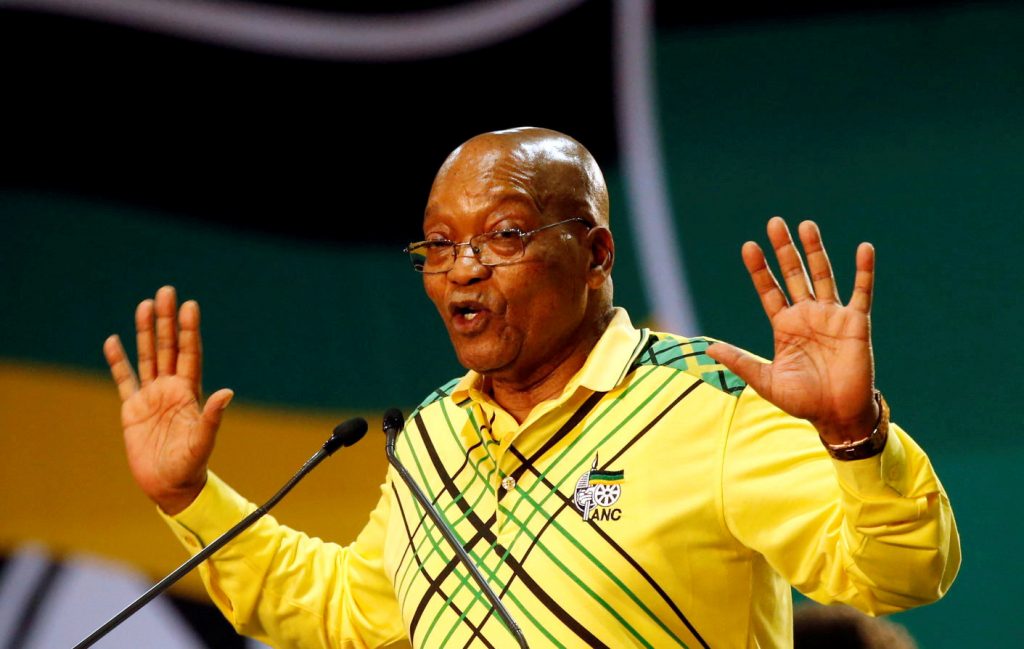 South Africa’s ruling party ordered Jacob Zuma on Tuesday to step down as head of state after marathon talks over the fate of a leader whose scandal-plagued years in power darkened and divided Nelson Mandela’s post-apartheid ‘Rainbow Nation.’

But the ANC national executive was split on precisely when Zuma should go, Magashule added.

Magashule said he had met Zuma personally to pass on the decision. “We haven’t given him any deadline to respond … the organization expects him to go,” he said.

The decision to order Zuma’s “recall” – ANC-speak for ‘remove from office’ – followed 13 hours of tense deliberations and one short face-to-face exchange between Zuma and Ramaphosa.

Zuma, a polygamous Zulu traditionalist with no formal education, has been living on borrowed time since Ramaphosa, a union leader and lawyer once tipped as Mandela’s pick to take over the reins, was elected as head of the 106-year-old ANC in December.

Ramaphosa narrowly defeated Zuma’s ex-wife and preferred successor, Nkosazana Dlamini-Zuma, in the leadership vote, forcing him to tread carefully in handling Zuma for fear of deepening rifts in the party a year ahead of an election.

Despite the damning decision to order Zuma’s “recall” – domestic media say the 75-year-old might yet defy the party’s wishes, forcing it into the indignity of having to unseat him in parliament.

South Africa’s economy, the most sophisticated on the continent, has stagnated during Zuma’s nine-year tenure, with banks and mining companies reluctant to invest because of policy uncertainty and rampant corruption.

However, since mid-November when Ramaphosa emerged as a real ANC leadership prospect, economic confidence has started to pick up, while the rand – a telling barometer of Zuma’s fortunes – has gained more than 15 percent against the dollar.