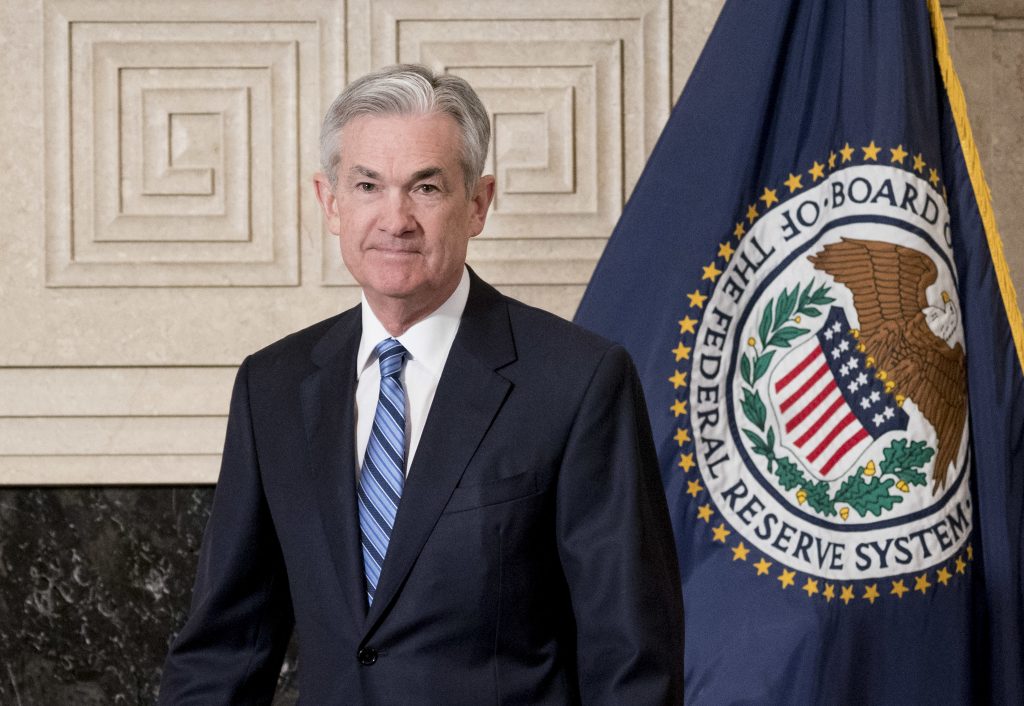 Wall Street has thrown a rather sour welcoming party for Jerome Powell.

On Monday, Powell’s very first day as Federal Reserve chairman, the Dow Jones industrial average suffered its worst percentage drop since 2011. The selling has raged on in the days since, fueled partly by fear that higher inflation would lead the Fed to accelerate its interest rates hikes and weaken the economy and the stock market.

All of which has left investors wondering what the Fed and its new leader might do now. Have they grown concerned about inflation? Will they step up their rate hikes — or perhaps slow them now in the face of investor anxiety and lower stock prices?

The worry that has seized investors is merely one of the issues Powell faces as he succeeds Janet Yellen as head of the world’s most influential central bank. Before becoming chairman, Powell had indicated he was inclined to follow the cautious stance toward rate hikes that was a hallmark of Yellen’s tenure. Yellen’s Fed kept rates near record lows and bought long-term bonds to lower borrowing rates for consumers and businesses and energize an economy leveled by the 2008 financial crisis.

But as the plunge in markets showed, the path forward is likely to be trickier and perhaps riskier. The Fed’s perennial challenge is to keep rates high enough to prevent the economy from overheating and igniting inflation — but low enough to nurture healthy growth.

The central bank left rates unchanged in January at Yellen’s last meeting as chair. But it had signaled in December that it expected to raise rates three times in 2018, just as in 2017.

The turbulence coursing through markets has raised speculation that Fed officials might decide to slow their pace of rate increases out of fear of upsetting the markets and possibly harming the economy. But remarks some officials have made this week suggest that the Fed is most likely to stay the course.

William Dudley, president of the Fed’s New York regional bank, on Thursday called the stock market’s decline so far “small potatoes” relative to the outsize gains of the past few years.

“If it stops here, the implications for the economic outlook are very marginal,” Dudley said in an interview on Bloomberg TV. “If it were to go on much further and be much more persistent, then it could start to affect household and business spending behavior, and that could actually start to influence the economic outlook.”

On the Fed’s possible timetable for rate increases, Dudley said the pace will depend on how the economy evolves. He said the Fed’s forecast in December for three rate hikes this year seems “like a very reasonable projection.”

Charles Evans, president of the Fed’s Chicago bank, who had dissented from the Fed’s last rate hike in December, said he could support “three or even four” rate increases this year if he has more confidence that inflation has begun to move up.

David Jones, an author of several books on the Fed, is among analysts who say the Fed may actually be pleased that the stock market has retreated after a prolonged period of record highs that had raised fears of a dangerous asset bubble that could burst and derail the economy.

“I think it’s healthy that there is some correction,” Kaplan said in Frankfurt, Germany. “A little more volatility in markets … can be a healthy thing.”

The market’s plunge was ignited by fear of potentially higher-than-expected inflation and interest rates. It began after the government reported Friday that average wage gains, which have been lackluster for years, had surged 2.9 percent in the 12 months that ended in January. That was the sharpest such increase in eight years.

That’s good for workers. But it raised the concern that if the wage increase was heralding higher inflation ahead, then the Fed might accelerate its rate hikes out of concern that it needed to control inflation before it got out of hand. Faster Fed rate hikes would make stocks less attractive to some investors.

Many economists caution that they see little evidence that inflation is poised to rise too high. In fact, the Fed’s preferred inflation gauge shows that price increases remain below its 2 percent target level.

Before this week, many economists had begun to speculate that the Fed might raise rates four times this year if inflation measures edged closer to the 2 percent target level. The 12-month change in inflation in December was 1.7 percent. Some analysts have suggested that that figure was held down by temporary factors, including price wars among cellphone service providers.

Many economists think a Powell-led Fed may step up the pace of rate hikes if economic growth accelerates this year, boosted by the new $1.5 trillion tax cut package.

“I think Powell is going to be more concerned about where we are in the business cycle, with a very low unemployment rate, growth expected to be around 3 percent this year and stimulus from the Trump tax cuts,” Jones said.

Sung Won Sohn, an economics professor at California State University, Channel Islands, suggested that any likelihood of faster Fed rate hikes this year could quickly change if the market extends its fall in a sustained way.

“If the stock market were to fall by 20 percent, that would change Fed policy significantly,” Sohn said. “The psychology of the market place is much more fragile now than it was a week ago, and I don’t think it would take very much for what is still an over-valued stock market to go lower.”