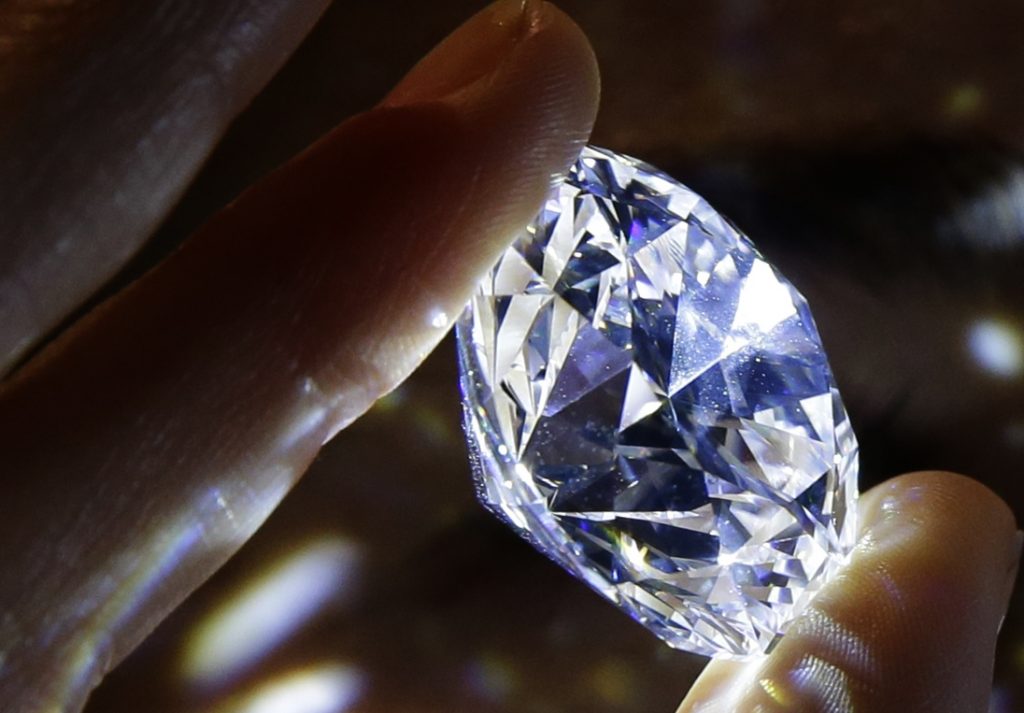 A white diamond billed as the largest and purest of its type to come to market is expected to sell for well over $33 million.

Sotheby’s auction house says the 102.34-carat gem mined from Botswana “is the only known round brilliant-cut diamond over 100 carats perfect according to every critical criterion” — carats, color, clarity and cut.

The diamond went on display Thursday at Sotheby’s London showroom and is being offered for private sale. It’s expected to fetch a price “considerably higher” than the $33.7 million auction record for a white diamond.

The auction record for any diamond is held by the “Pink Star,” which sold for $71 million at Sotheby’s Hong Kong in 2017.