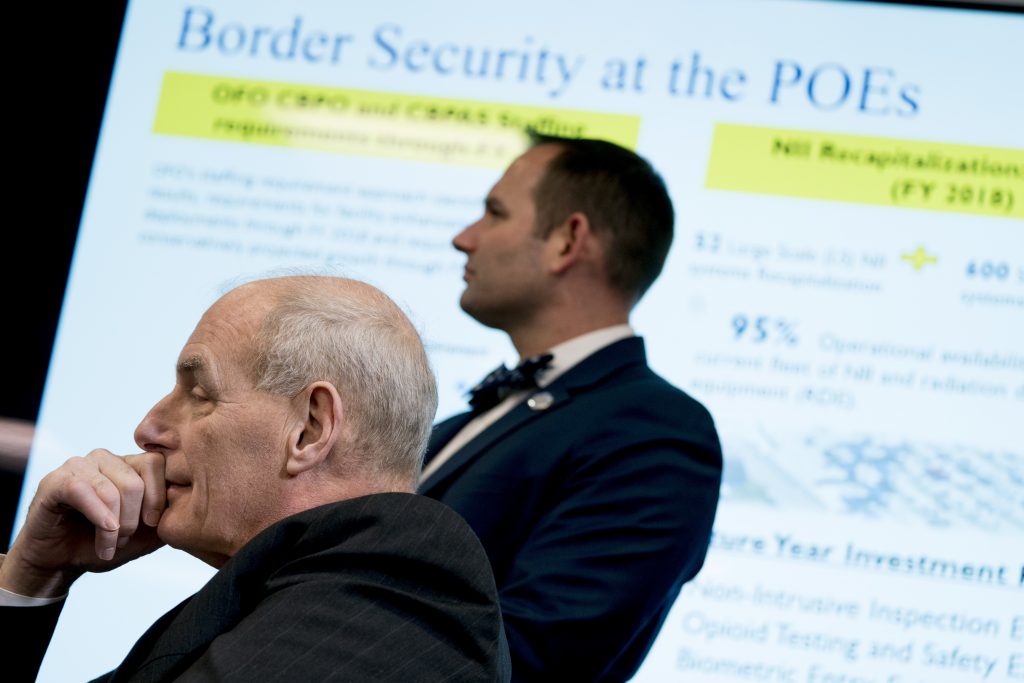 The White House chief of staff says “Dreamers” would not be a priority for deportation, even if their Obama-era protections expire and a deadlocked Congress hasn’t completed a deal to protect them.

John Kelly has told a small group of reporters at the Capitol that as long as an immigrant in the U.S. illegally has no criminal record, they are likely to stay “out of anyone’s scope” for a long time. He says, “They are not a priority for deportation.”

Kelly says he believes President Donald Trump wouldn’t extend “Dreamers” protections beyond March 5 because he doesn’t think the president has legal authority to prolong it.

He also says Pres. Trump won’t ask Congress for a short-term extension of that program. Kelly says of lawmakers, “What makes them act is pressure.”