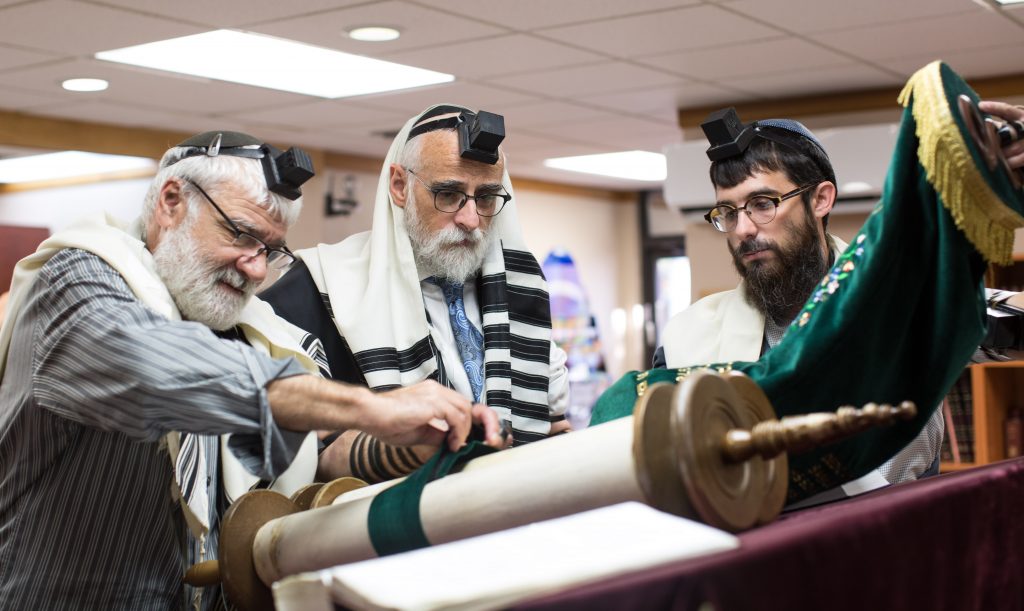 Chabad of East Boca Raton, whose attempt to build an expanded shul and community center has embroiled it in years of litigation, had its day in a federal appeals court.

Judges expressed deep skepticism that challengers to the plan, two residents of the neighborhood where construction was originally planned, had justified cause to sue.

The suit, they said, stands on “novel” grounds, since Chabad’s project has been stayed by a lower court on technical grounds, and its very rights to the building lot in question are presently the subject of separate litigation. As such, there are no plans to build in the immediate future.

“I’m hard-pressed to see any harm [to challengers] until another project comes along,” Judge Stanley Marcus told attorney Mrs. Marci Hamilton, who is representing the residents pursuing the suit.

Mrs. Hamilton is a New York-based legal scholar with a history of advocating against the expansion of rights for religious groups. She was recently on the losing end of a long-fought legal battle to stymie construction of a kollel and related housing units in Pomona, New York, which neighbors Monsey.

The Chabad house, under the leadership of Rabbi Ruvi New, has been trying to build larger facilities to meet the needs of its growing congregation for nearly a decade. Several plans met with grassroots resistance, claiming the shul and planned community center would create congestion and change the nature of the neighborhood.

In 2015, the city unanimously approved Chabad’s plans, but was quickly hit with a lawsuit on behalf of residents, Gerald Gagliardi and Kathleen MacDougall, who say they will be injured by the traffic they claim the shul will bring, as well as its likelihood of “alter[ing] the beach-oriented, relaxed, and low-intensity character of the Seaside Village.”

Their suit, which has been rejected twice by lower courts, is not with Chabad, but against the city of Boca Raton, which Mrs. Hamilton argued had violated the Constitution’s establishment clause by directing city employees to find a way to accommodate the group. She argued that even though the project is not active, the zoning change made for them was conceived as part of “illegal collusion” between Chabad and the city.

One judge on the three-person panel found fault with the argument, pointing out that the only significant zoning change made was to broaden a clause allowing for “places of assembly” to include “houses of worship.”

“It’s a neutral term,” said the Judge. “I don’t care why they [Boca Raton] did it, maybe it was because of lobbying from one group, but everybody could benefit from it.”

Attorney Dan Abbot, who represented the city, and Payvand Ahdout of Kirkland & Ellis law firm, who represented Chabad, both presented brief arguments and were questioned by the judges, although with notably less rigor than Mrs. Hamilton’s claims were subjected to.

The case has attracted the support of a broad base of Orthodox organizations that feared that what they identified as the plaintiff’s broad definition of a violation of the clause of the Constitution forbidding “establishment” of religion could have negative effects on faiths groups throughout the country.

A support brief by Agudath Israel of America, Chabad-Lubavitch World Headquarters, the Orthodox Union, the Rabbinical Council of America and several other groups argues that “the First Amendment was never intended to make America inhospitable to religious practitioners.”

The filing was authored by noted attorney Alan Dershowitz, who serves as an honorary co-chair of Chabad of East Boca Raton’s “My Israel” center.

An additional brief submitted by religious, civic, and business leaders and former city officials from Boca Raton spoke of the city’s support for “the notion that religious people and institutions are entitled to participate in public life on an equal basis with everyone else.”

“Granting equal treatment is the opposite of establishing a religion. Saying otherwise is not just an attack on the Chabad, but also an attempt to undermine civil rights for every house of worship,” said Daniel Blomberg, counsel at Becket, a public-interest law firm that advocates for religious liberties, which is co-representing Chabad. “It’s been ten years; it’s time to stop hurling lawsuits at a synagogue and well past time to let it have its equal chance to build a home for its members.”