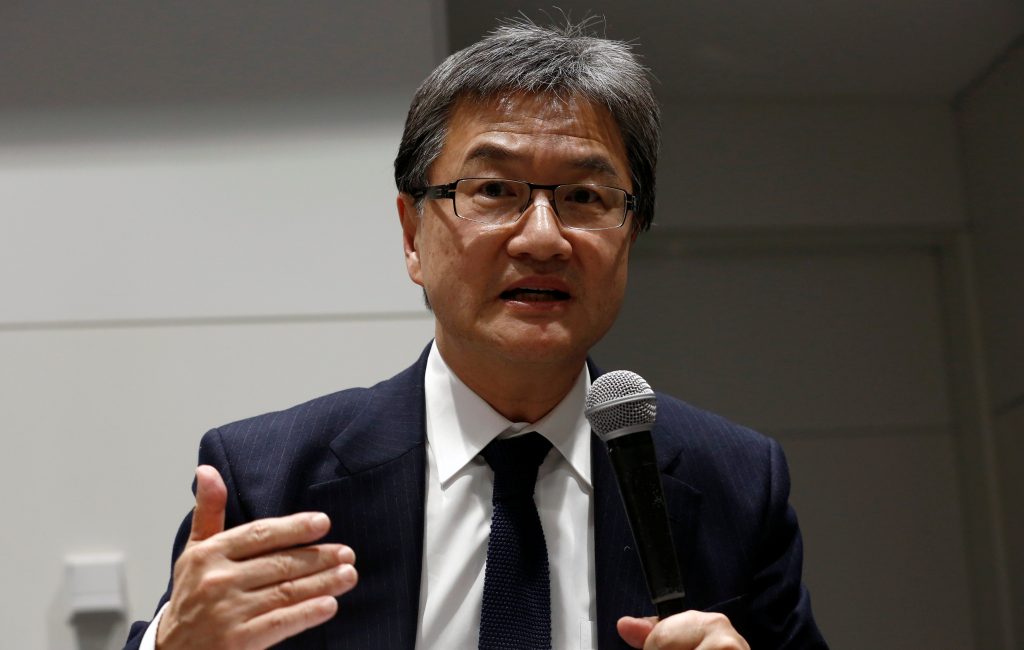 The U.S. special envoy on North Korea said Thursday all options remain on the table for solving the nuclear standoff with North Korea but that he did not think the military option was close.

Joseph Yun, speaking to reporters in the Japanese capital, said the United States was seeking a peaceful resolution of the crisis and diplomacy was its preferred option.

“Our policy is very much for the peaceful resolution of the North Korean nuclear crisis. We’ve said over and over again that what we want to see is dialogue,” Yun said.

“Having said that, we also have said that all options are on the table and by all options, it has to include military options,” he said. “I don’t believe we are close to it.”

North Korean leader Kim Jong Un has refused to give up development of nuclear missiles capable of hitting the United States in spite of increasingly severe U.N. sanctions, raising fears of a new war on the Korean peninsula. The North has fired test-fired missiles over Japan.

Yun was speaking a day after President Donald Trump, branding North Korea’s leadership as “depraved,” said that Pyongyang’s pursuit of nuclear missiles could “very soon threaten” the American homeland and vowed to prevent that.

Trump offered no new specifics on how he intended to rein in North Korea. While Trump’s administration says it prefers a diplomatic solution, it says all options are on the table.

Early in January, North and South Korea launched rare talks to bring North Koreans to this month’s Winter Olympics in the South after Kim said he was willing to open up discussions with Seoul.

Yun welcomed the North-South dialogue and said he hoped it was a trend of things to come, but he said any talks with Washington would have to “be about steps North Korea would take toward denuclearization.”