Business Review: Why You Cannot Quit Amazon Prime – Even if Maybe You Should
Business 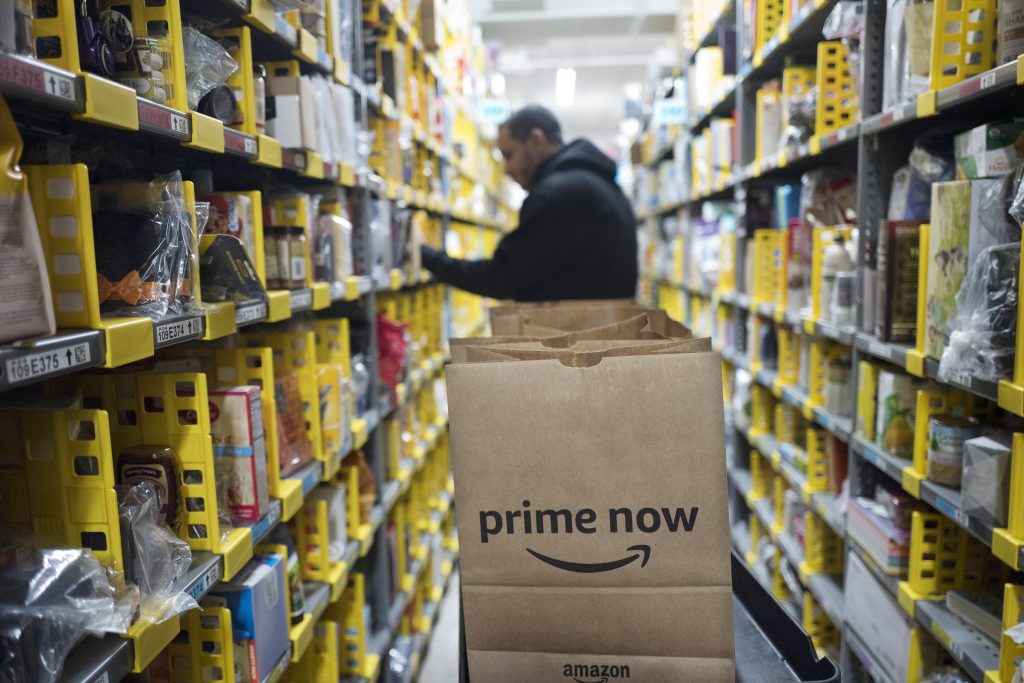 Amazon Prime is the club that makes it okay to ship yourself toothpicks and snacks instead of running to the store.

This idea turns out to be catnip for Americans. As of September, an estimated 90 million of us are members of Amazon.com’s $99 per-year two-day “free shipping” program. That makes Prime membership as popular in America as iPhones.

But what are we giving up when we can, and do, buy almost anything imaginable from a single online store? In the worst case, a Prime membership acts like blinders: It steers not only what we buy, but how we behave as consumers – and even which companies get to compete for our dollars.

In January, Amazon hiked the price of Prime for members who pay monthly to $13, bringing their Prime bill to an eye-popping $156 per year. The last time Amazon raised annual fees, from $79 to $99 in 2014, it hardly slowed Prime’s roll. As Prime has added perks such as streaming content and e-books, members have stuck around – 92 percent after the first year, according to Consumer Intelligence Research Partners, a firm that studies shopper habits, which also produced the new estimate on Prime membership.

“Prime is growing because we provide a better shopping experience than any other retailer online or offline: larger selection, faster delivery and lower prices,” an Amazon spokeswoman said. “And we are improving on each of these dimensions every year.”

I started asking why I pay for Prime because we’re suddenly besieged by subscription fees. Streaming services and yes, The Washington Post, all want their monthly cuts. Amazon chief executive Jeff Bezos owns The Post, but I write about all tech with the same critical eye.

While we’ve been busy filling Amazon carts, the online shopping game has evolved. Shipping has gotten faster and, often, free at lots of places. Walmart, which spent $3.3 billion on Jet.com to get a better foothold online, last year began offering free two-day shipping on orders greater than $35 for more than two million online products – without a subscription.

So, I spoke with retail insiders, Prime customers, Amazon critics and Amazon itself to try to figure out what makes Prime worth it – or not. To my surprise, I found some people, including me, might not actually be saving much money with Prime anymore.

But Prime has mastered something much more valuable: the psychology of being a consumer in an era of too many choices.

Putting an economic value on my Prime membership was hard – and that’s by design.

I started with a back-of-the-envelope analysis of my past Amazon purchases. First, you need to know this important fact: Amazon last year lowered its threshold for free standard shipping – five to eight days, compared with two for Prime – to packages worth just $25. Amazon could always yank this away, but for now it means being strategic with your shopping cart could get you most of the advantages of shopping on Amazon without paying for Prime.

So I counted the times I placed orders worth less than $25. I would have paid roughly $5 each to ship these, so I needed about 20 in a year to cover the $100 I paid upfront for Prime.

Turns out, I didn’t order enough to make Prime worth it. That’s just me, though: A large family or people who live in rural areas might have a different calculus. (You can also halve the cost of Prime by sharing it with one other adult, a practice Amazon explicitly permits.)

Doesn’t speed count for something, too? Upgrading to two-day shipping can multiply costs. So I went back to my order history and added $10 for every package I honestly needed in a hurry. That tally got me closer, but still didn’t quite cover my Prime fee.

Amazon has an answer for people like me: But wait, there’s more! Prime membership includes access to a selection of streaming content and e-books – but it’s just a fraction of what actually Amazon sells. There are other goodies, too, like digital photo storage.

How much are Prime’s other bits worth? No question, its bundle is cheaper than separate monthly subscriptions to other streaming services. But could it actually replace them? Taste is subjective, but in my house the answer is a resounding no. For us, it’s just a nice perk. Amazon wouldn’t say what percent of its customers use streaming content regularly.

This is how they get you

“Amazon has mastered the art of selling me products I just don’t want to think about,” Forrester analyst Brendan Witcher told me.

Prime saves you time, but that isn’t just about shipping speed. Prime membership makes me feel confident I can flick open the Amazon app and, in under two minutes, find a good-enough version of what I need and have it headed my way. It’s an all-you-can-ship buffet. And Amazon keeps making it simpler. In 8,000 cities, it has started shipping some Prime products in one day or even on the same day.

You can hear it in the way Prime members talk, Forrester’s Witcher said. They don’t buy things from Amazon, they “just get it from Amazon.” The “just” makes all the difference.

Why don’t folks who love Prime “just” buy things online on Walmart.com, especially when there’s free shipping with no upfront cost? America’s largest retailer is Amazon’s biggest competitor, yet online does just a fraction of its business. The infrastructure to deliver so many products so quickly is one problem. Our confidence is another: Walmart says its commitment to free shipping is permanent, but many still don’t think of it as a real alternative.

Something happens to our behavior when we join Prime that makes us loyal to a fault. Members are “motivated to make their membership worthwhile, by using it for more orders,” CIRP analyst Josh Lowitz says. We start spending a lot more: an average of $1,300 per year on Amazon, compared to $700 for non-member customers.

This is where the Prime effect really starts to make us look like we’re wearing blinders. Fewer than 1 percent of Amazon Prime members even consider other sites in the same shopping session, according to market research consultancy Millward Brown Digital.

It’s hard to argue with happy customers. Prime is expensive to run, and Amazon has an unusual willingness to forgo profits for growth. But its unparalleled ability to capture our loyalty increasingly means other retailers and producers of goods feel compelled to sell on Amazon. That’s fueled worries, voiced by the Open Markets Institute’s Lina Khan and others, that Amazon is gaining too much control over online commerce. (Amazon declined to comment.)

There are immediate practical concerns. Amazon has no problem cutting off our access to competitors’ products in schoolyard spats. And we shouldn’t assume Amazon always has the lowest prices. A study of 52,000 products by analytics firm Profitero found Amazon’s lead was slipping to Walmart.com, which is now 3 percent more expensive on average than Amazon, down from 9 percent in 2014. In one category, beauty products, Walmart.com is actually 1 percent less expensive, Profitero said.

“On an item-by-item basis, and day-by-day, consumers (especially price-conscious consumers with the time or tools) can definitely benefit from doing their own diligence,” Profitero Senior Vice President Keith Anderson said in an email.

I’ve gotten so accustomed to Prime that in December I shipped myself toilet paper. When I recently checked the price at Costco, it was about 11 percent cheaper per square inch. (The rolls had different-size sheets, so I got out my ruler and calculator.)

And this is how they get you. Maybe skipping my trip to the store was worth spending a few bucks more. But when it succeeds, Prime becomes a habit. And like all habits, it’s worth asking yourself every once in a while if keeping it is really in your best interest.