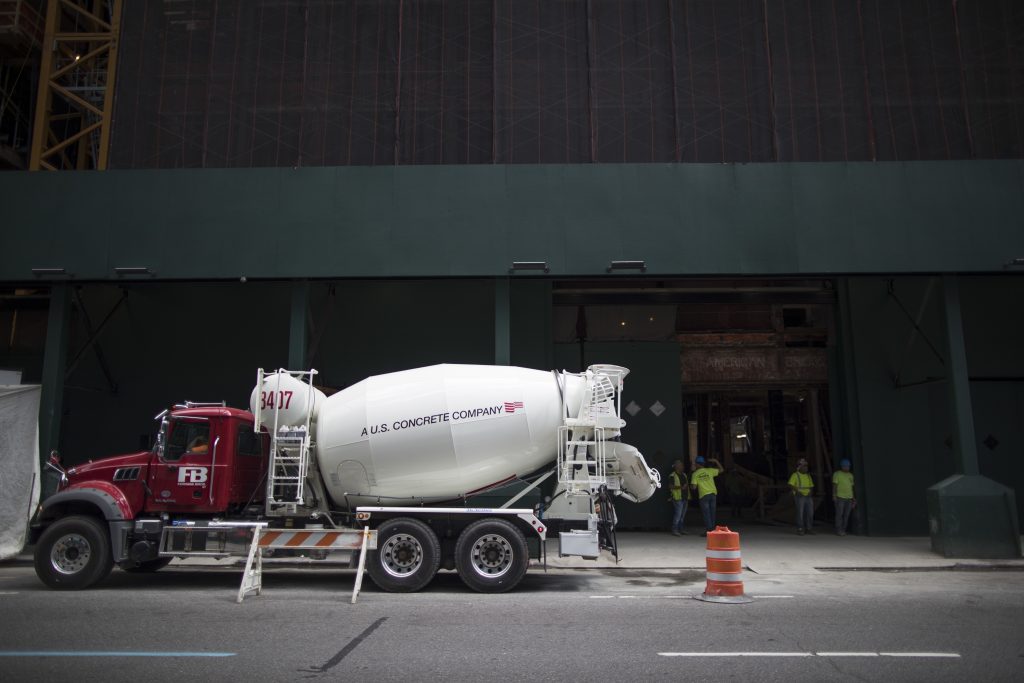 Construction deaths in New York state hit a 14-year high in 2016, according to a new report issued Wednesday that recommends greater state and local enforcement of workplace safety rules.

The study, put out by the union-backed New York Committee for Occupational Safety and Health and first reported by The Associated Press, found that 71 workers died in construction-related accidents in 2016, the last year for which full data was available. That’s up from 55 deaths in 2015 and the highest number of fatalities since 2002.

Deaths in New York City dropped from 25 to 21 from 2015 to 2016, a reduction attributed to efforts by city officials to crack down on unsafe workplaces.

The report’s author, Charlene Obernauer, said funding cuts have hurt the federal Occupational Safety and Health Administration’s ability to protect workers and led to a sharp reduction in the number of site inspections. She said the state must step in to fill the vacuum.

“I certainly wasn’t anticipating this level of a jump in New York state,” Obernauer said. “New York City has taken on the challenge and we believe New York state has to look at the same solutions.”

The report comes as the construction industry and some lawmakers are again pushing to reform the state’s more than century-old scaffold law, which requires companies and property owners to accept absolute liability for accidents involving construction workers on job sites.

Michael Elmendorf, president and CEO of the Associated General Contractors of New York, said the number of construction deaths shows the need to update and modernize the law. He supports changing the law so a judge or jury would decide who is to blame for worksite accidents. That way, he said, companies could reduce their liability by doing more to protect workers, giving companies a powerful incentive to do the right thing.

“If there’s an increase in injuries and accidents, to me that’s a powerful argument for changing the status quo,” he said.

Proven strategies for reducing construction deaths include enhanced worker training, aggressive enforcement of safety regulations and stronger requirements for the reporting of accidents. She noted that the city has a Department of Buildings that oversees construction worker safety, while the state has no such agency.

In addition, local prosecutors can play more of a role in prosecuting construction companies for failing to follow the rules, Obernauer said.

Marc Proferes, 52 , was bedridden for years after he injured his back when a construction scaffold he was working on collapsed in New York City in 1997. He said many workers feel forced to accept unsafe conditions at job sites because companies are looking to cut corners. Safety regulators are vital, he said.

“You do what you have to do to put food on the table,” he said. “But you have to have someone keeping an eye on them because it’s the wild west out there.”

Messages left with OSHA were not immediately returned Wednesday.