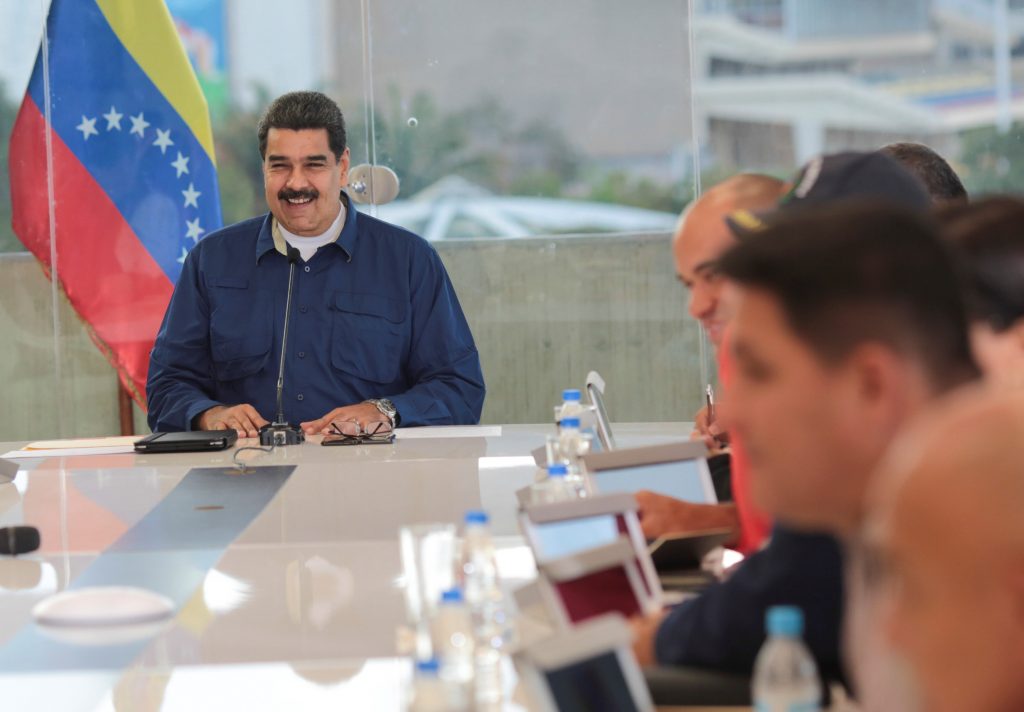 Carlos Del Pino has hauled cargo for 14 years, and on a good month earns the equivalent of about $100, enough to support his wife and two daughters.

One day recently, shortly after pulling away from the docks at Puerto Cabello, the country’s biggest port, he witnessed 20 people swarm a truck ahead of him and in a frenzy fill up their sacks with the corn it was carrying to a food-processing plant. The driver was held at gunpoint.

“It fills you with terror,” Del Pino said.

Yet, despite his fears, he sympathizes with his impoverished countrymen, who are becoming desperate amid Venezuela’s widespread food shortages and sky-high inflation. “They have to loot to eat,” he said.

Sporadic looting, food riots and protests driven by the hungry poor have surged in Venezuela, a country that’s no stranger to unrest. But the uprisings playing out recently have a different face than the mostly middle-class protesters who took to the streets for months last year in political demonstrations trying to oust President Nicolas Maduro.

Venezuela holds the world’s largest oil reserves and was once among Latin America’s wealthiest nations. But after nearly two decades of socialist rule and mismanagement of the state-run oil company, it is being battered by the worst economic crisis in its history.

Financial sanctions imposed in August by the Trump administration are only adding to Venezuelans’ misery, choking off the country’s access to credit and scaring away oil companies.

Meanwhile, hunger is widespread. Recently a dozen men stormed a street-side deli in the western city of Barquisimeto. Surveillance cameras captured them leaping over the glass counter as customers and employees scrambled out of the way. They wiped the store clean in minutes.

In the first half of January, there were at least 110 incidents of looting, more than five times than in the same period a year earlier, says the Venezuelan Observatory of Social Conflict, a non-governmental group that tracks unrest.

When a mob recently waylaid the truck in front of him, Del Pino rolled up his cab windows and locked the doors in fear the hungry mob would turn on him next. He pulled his semi out of the line, dodging an attack.