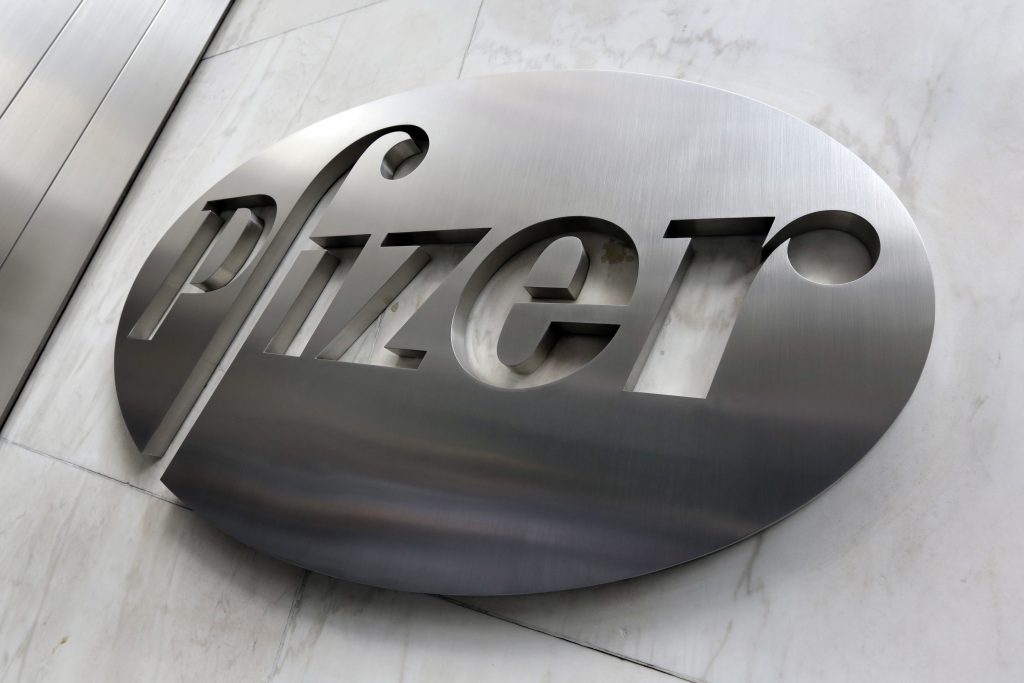 Pfizer’s fourth-quarter profit soared to $12.27 billion, thanks to a huge tax benefit related to the U.S. tax system overhaul.

The biggest U.S. drugmaker on Tuesday reported an $11.34 billion benefit, mainly from recalculating deferred tax liabilities. Pfizer also said it will take a charge of approximately $15 billion, payable to the Treasury over eight years, to cover taxes on profits held overseas that it plans to bring back to the U.S.

The New York company said those figures may need to be adjusted and did not disclose how much money it will “repatriate.”

Pfizer said it plans over the next five years to invest roughly $5 billion in capital projects in the U.S., including strengthening its U.S. manufacturing “presence.” It plans to spend about $100 million as a one-time bonus for non-executive employees.

The company issued a forecast for adjusted 2018 earnings of $2.90 to $3 per share, higher than in the past couple of years, with revenue in the range of $53.5 billion to $55.5 billion. Due to the tax overhaul, the company said it expects a tax rate of about 17 percent in 2018, well below the 23 percent expected by Credit Suisse analyst Dr. Vamil Divan, he noted in a report.

Pfizer said it’s on track to decide this year whether to keep its consumer health business or sell off all or part of it. It makes household staples including Advil pain reliever, ChapStick and Centrum vitamins.

The maker of pain medicine Lyrica said its net income for the fourth quarter amounted to $2.02. A year earlier, Pfizer posted net income of $775 million, or 13 cents per share.

Adjusted for one-time items, fourth-quarter earnings amounted to $3.77 billion, or 62 cents per share, 6 cents better than analysts had projected. The per-share earnings were boosted by a low 8.6 percent effective tax rate on fourth-quarter adjusted earnings.

Pfizer posted revenue of $13.7 billion in the period, up 1 percent and above Street expectations of $13.61 billion.