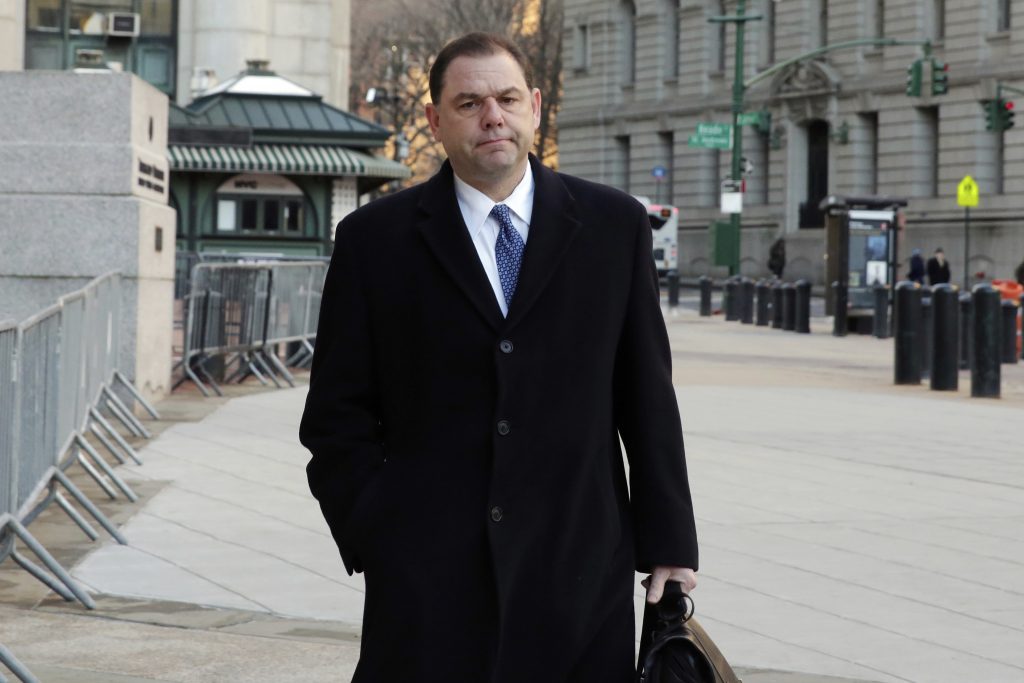 The chief of staff for Gov. Andrew Cuomo emerged Thursday from testimony at the bribery trial of one of Gov. Cuomo’s former top aides to say she wasn’t worried the prosecution would affect the Democrat’s political trajectory, which is widely expected to include a White House run in 2020.

“Not at all, that’s it, thank you,” Linda Lacewell told reporters outside Manhattan federal court after she finished testifying at the trial of Joseph Percoco, Gov. Cuomo’s longtime confidant and the chairman of his 2014 re-election campaign.

Gov. Cuomo has never confirmed that he’s interested in running for president someday, saying instead that he’s focused on winning a third term as governor this year. He has so far not been accused of wrongdoing and is not expected to testify.

Lacewell testified with confidence from the witness stand, even briefly stopping the proceedings when she said she didn’t think it was appropriate to answer a question. She did not have to answer.

“Listen, I’m a former federal prosecutor,” she said outside court after finishing testimony over two days. “I’ve conducted trials. I’m going to respect the process here. There’s a jury with a trial underway. Let’s let that go forward. I think my testimony speaks for itself. And thank you very much.”

Barry Bohrer, Percoco’s defense lawyer, asked Lacewell to revisit the day of the raid on Percoco’s Westchester County home. An objection blocked Lacewell from answering whether she knew she was the first person Percoco called when investigators showed up at his door.

Another defense lawyer, Stephen Coffey, asked Lacewell: “You do not view yourself as a witness for the government?” An objection blocked her from answering that as well.

As she had a day earlier, Assistant U.S. Attorney Janis Echenberg questioned Lacewell to establish that Percoco had been warned that he was banned from advocating on behalf of anyone who had business before the state for two years after leaving his government post.

The government contends he broke that rule. Defense lawyers say he did not.

As she left court, Lacewell was also asked whether she had talked to the governor about the trial, or whether he had mentioned anything about it.