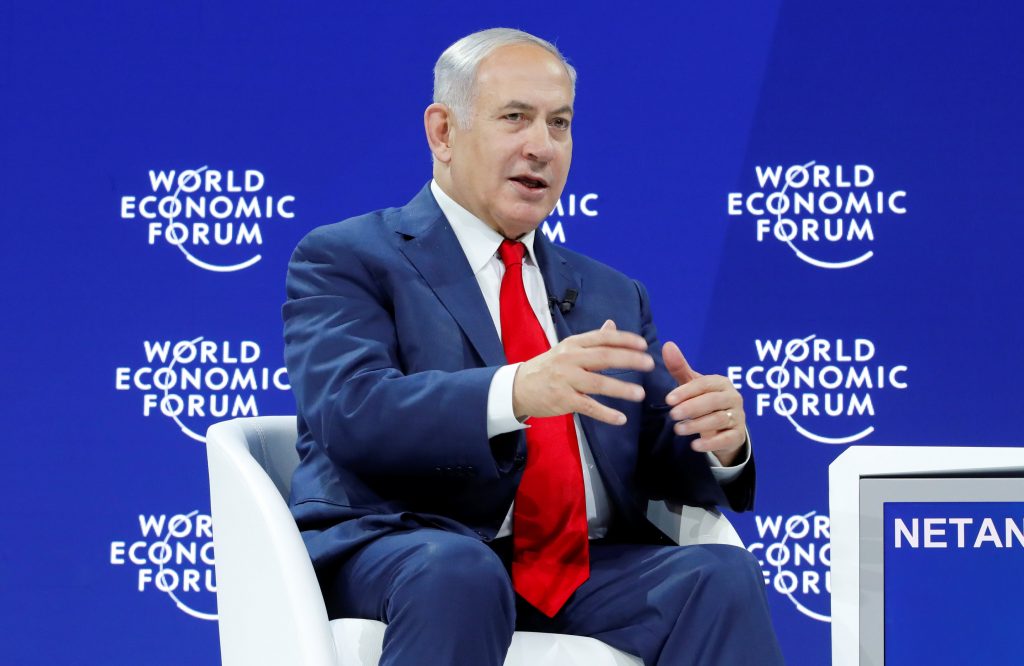 Israeli Prime Minister Binyamin Netanyahu has suggested a “new model” for peace with the Palestinians that would allow them to govern themselves but maintain Israeli control over security.

Speaking at a discussion at the World Economic Forum in Davos, Switzerland, on Thursday, Netanyahu declined to endorse a “two-state solution” favored by the Palestinian leadership and most of the international community.

Netanyahu said he wanted to avoid labels, but said the Palestinians can have “the whole trappings” of self-governance, while Israel should maintain responsibility for security in the region.

The Trump administration is expected to present a peace proposal to the sides that could hew closely to Israeli positions. The Palestinians have pre-emptively rejected any proposal amid concerns it would fall far below their hopes for an independent state.