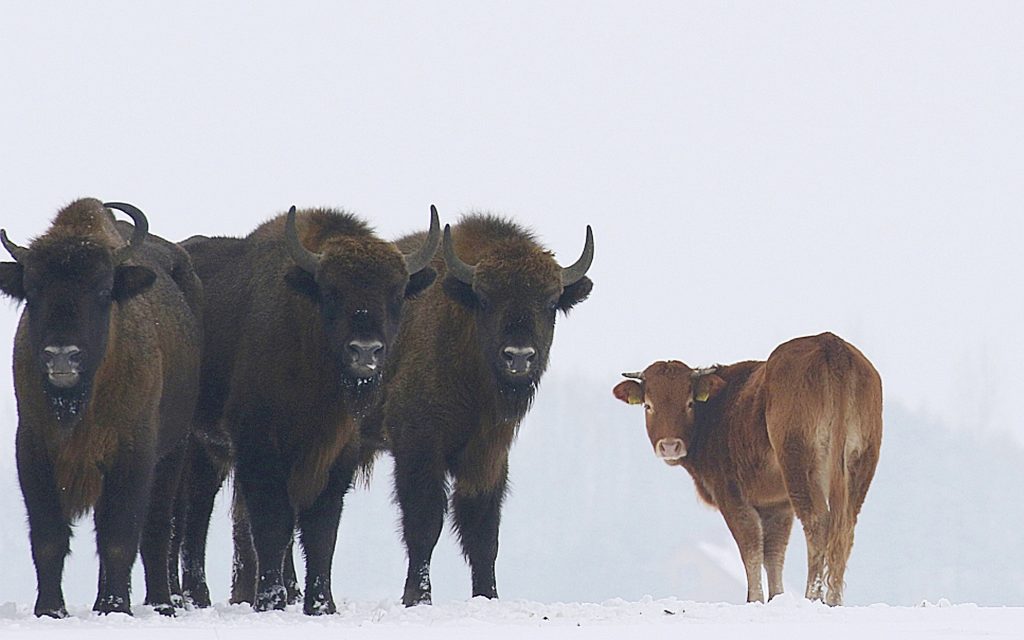 A farmyard cow in Poland has chosen freedom this winter, roaming with a herd of bison for three months after escaping its pen.

The reddish brown cow has been spotted following bison across corn and rapeseed fields bordering the Bialowieza Forest in eastern Poland as they forage for abandoned corn cobs and other food.

Rafal Kowalczyk, a bison expert who has managed to photograph the unusual sight, said the cow seems to be in good condition. That indicates that she is managing to find food, even though she is sometimes spotted on the margins of the herd. Thick fur common to her Limousin breed and the mild winter in eastern Poland so far this year have also helped her, he told The Associated Press on Thursday.

Kowalczyk, director of the Mammal Research Institute at the Polish Academy of Sciences, described the situation as exceptional, saying it’s the first time he has witnessed a cow living among bison.

The bison population in Poland is endangered. It became extinct in the wild after World War I, and has been restored based on some captive survivors.

The story of a rebel cow who defied the fate of the slaughterhouse to roam free with the bison is a hit on Kowalczyk’s social-media page.

One of his followers reposted the photo with the words: “Next time when I think that something stops me from fulfilling my dreams, I will remember the cow who became a bison.”