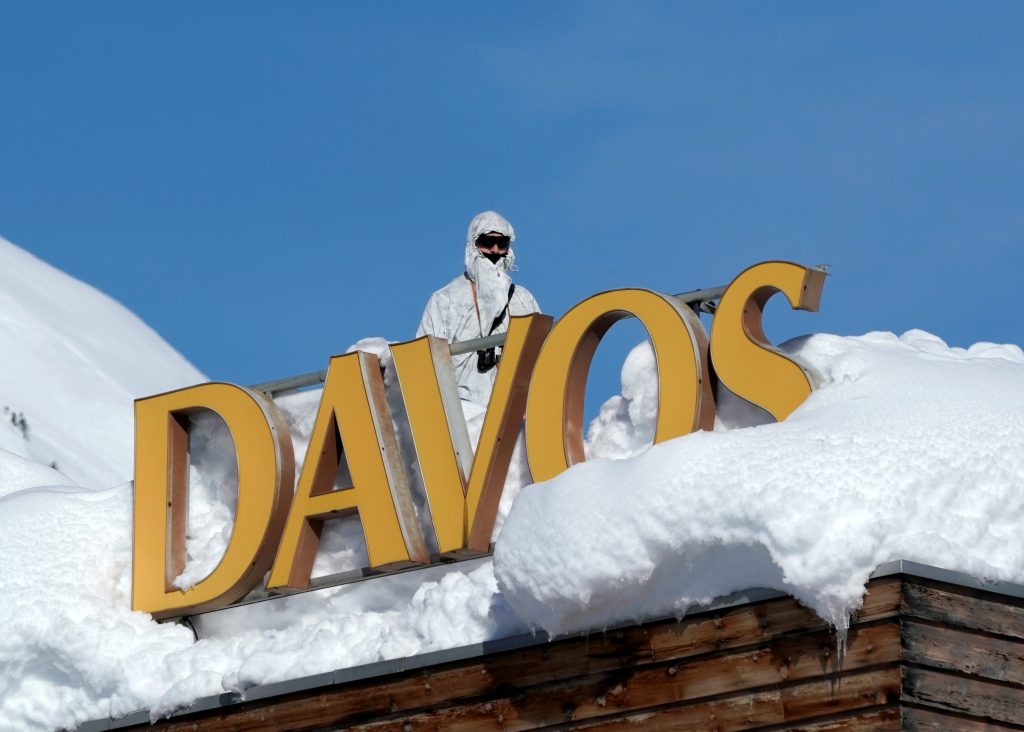 The United States is committed to free and fair trade while bracing itself for possible retaliation from China over new tariffs, top U.S. Cabinet members said Wednesday, ahead of a much-ballyhooed visit by President Donald Trump to the World Economic Forum in Davos, Switzerland.

Days after Trump backed new tariffs on imported solar-energy components and large washing machines, his combative commerce secretary, Wilbur Ross, conceded that China could respond by imposing its own tariffs on U.S. products.

“In terms of any trade action you take, there’s always potential for retribution or retaliation and that’s up to the Chinese to decide,” Ross told journalists Wednesday as part of the largest-ever U.S. delegation to the annual Davos gathering of business and political leaders.

Ross insisted that the U.S. government is not protectionist and that the tariffs are meant to deal with what he termed “inappropriate behavior” by other countries.

Many in the Trump administration think that much of the global trading system is rigged against the U.S. and that many countries have not been playing fair, using unfair methods to gain a competitive advantage.

“Trade wars are fought every single day,” Ross added. “Unfortunately, every single day there are various parties trying to violate the rules, and trying to take unfair advantage of things … the difference is that U.S. troops are now coming to the rampart.”

Ross said it wasn’t for him to set Chinese policy about whether to retaliate or not but he warned that if Beijing were to do so, there would be a question as to what the U.S. in turn would do.

The “America First” strategy that helped Trump win the presidency is partly a reflection of dealing with that apparent rigged system. It’s already seen the U.S. withdraw from the Trans-Pacific Partnership, a trade deal with 11 countries, and seek a renegotiation of the North American Free Trade Agreement with Canada and Mexico.

On Tuesday, Canadian Prime Minister Justin Trudeau and Indian Prime Minister Narendra Modi forcefully came out in favor of free trade, and the former used his address to delegates to announce that Canada and the 10 remaining members of the Trans-Pacific Partnership had revised their trade deal in the wake of the U.S. withdrawal. French President Emmanuel Macron and German Chancellor Angela Merkel are also expected to lay out similar visions in favor of free trade and international cooperation when they deliver their addresses later Thursday.

Trump is due to address delegates on Friday and there’s been concern among some business and government leaders about what his economic and trade policies could do to the global economy — whether they will bring an end to decades of increasing trade and globalization. Trump’s visit has sparked scattered, small protests in Switzerland and some participants among the 3,000 on hand say he’s not welcome because of his controversial tweets, “America First” tack, and trade policies.

U.S. Treasury Secretary Steven Mnuchin brushed off concerns about a possibly tough reception in Davos, saying: “We don’t have to worry about this crowd … Our objective is to be here to interact with important counterparts.”

Mnuchin took a softer line than Ross, insisting that the Trump administration believes in “free and fair trade” and just making sure that “U.S. opportunities are equal to other people’s opportunities in the U.S.”

Mnuchin said Trump’s over-riding priority is to boost U.S. growth, and that’s something everyone should welcome.

“Economic growth in the U.S. is obviously good for the rest of the world,” he said. “We are open for business.”

Trump is due to hold meetings with political leaders, including British Prime Minister Theresa May and President Paul Kagame of Rwanda, as well as with business leaders, notably from some big European corporations. He is expected to trumpet his recent tax reform package, which saw corporate tax rates slashed in the U.S., to attract business into the U.S.

Those tax reforms, Mnuchin said, have already reaped big dividends, with many U.S. businesses, including Apple, saying they will repatriate money back into the U.S., pay more taxes and hand out bonuses to staff.

“The response from U.S. business has been even better than we expected,” he said. “We couldn’t be happier.”

Mnuchin also sought to downplay concerns that China was preparing to ease up on its purchases of U.S. Treasurys, an idea that recently surfaced and caused jitters in financial markets, including a fall in the dollar.

He said the U.S. Treasury market is “one of the largest and most liquid in the world” and that the reports about China were “not accurate” and “not something we are particularly concerned about.”

On Wednesday, the dollar was down again, hitting three-year lows against the euro, while the pound rose further against the U.S. currency to its highest since before Britain’s June 2016 vote to leave the European Union.