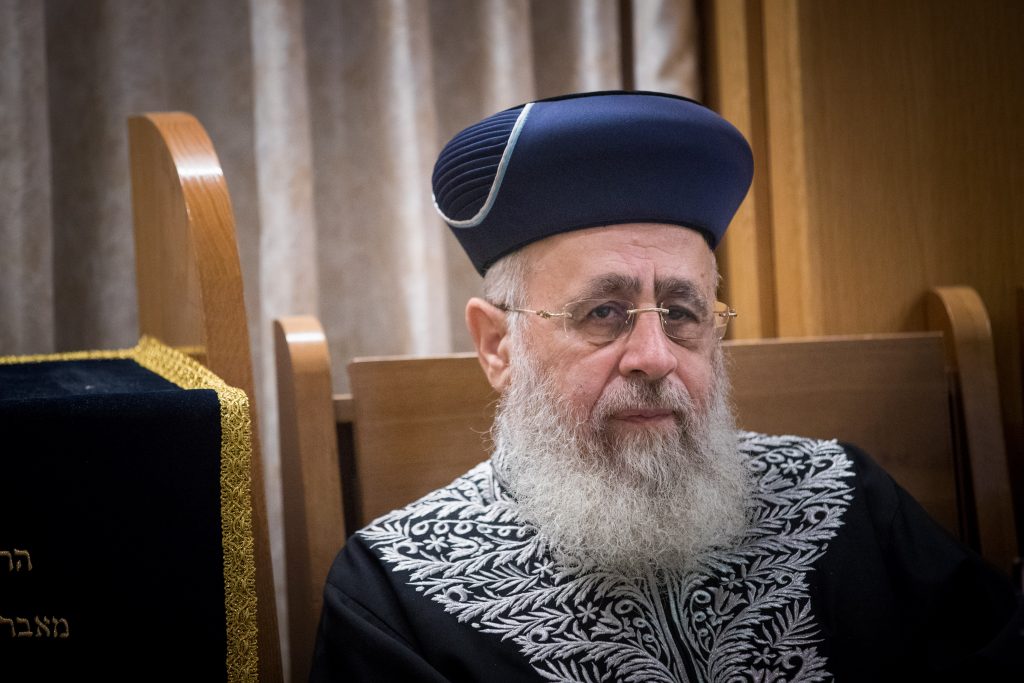 Defense Minister Avigdor Lieberman on Wednesday approved a meeting between Sephardic Chief Rabbi Yitzhak Yosef and IDF Chief Rabbi Eyal Karim on the contentious subject of mixed-gender units in the army, according to The Times of Israel.

A meeting between the two had reportedly been called off on Sunday by order of IDF Chief of Staff Lt. Gen. Gadi Eisenkot, after Rabbi Yosef publicly backed Tzefas Chief Rabbi Shmuel Eliyahu, who called for the dismissal of Eisenkot for endorsing women serving in combat units.

Lieberman said he will allow Rabbi Karim to meet with Rabbi Yosef in order to express the “displeasure of the minister and the IDF,” over the position he has taken, the ministry said in a statement.

However, Lieberman stipulated on Wednesday, that Rabbi Yosef, Rabbi Eliyahu, and Rabbi Shlomo Aviner will not be permitted to participate in any IDF events “until they take back the serious comments they made against the IDF Chief of Staff and against the IDF.”

Meanwhile, a letter of support for Rabbi Eliyahu has garnered over 1,800 signatures, The Jerusalem Post reported on Wednesday.

In the letter, the 1,806 signatories said they wished to “give support to the rabbi against the attacks on him from the press and different politicians,” saying that they were trying to dictate what a rabbi may or may not say.

“We, the sons and daughters of religious Zionism, including Hesder yeshiva students [who combine yeshiva study with military service], vigorously protest the injury to the honor of the rabbi,” the letter said.