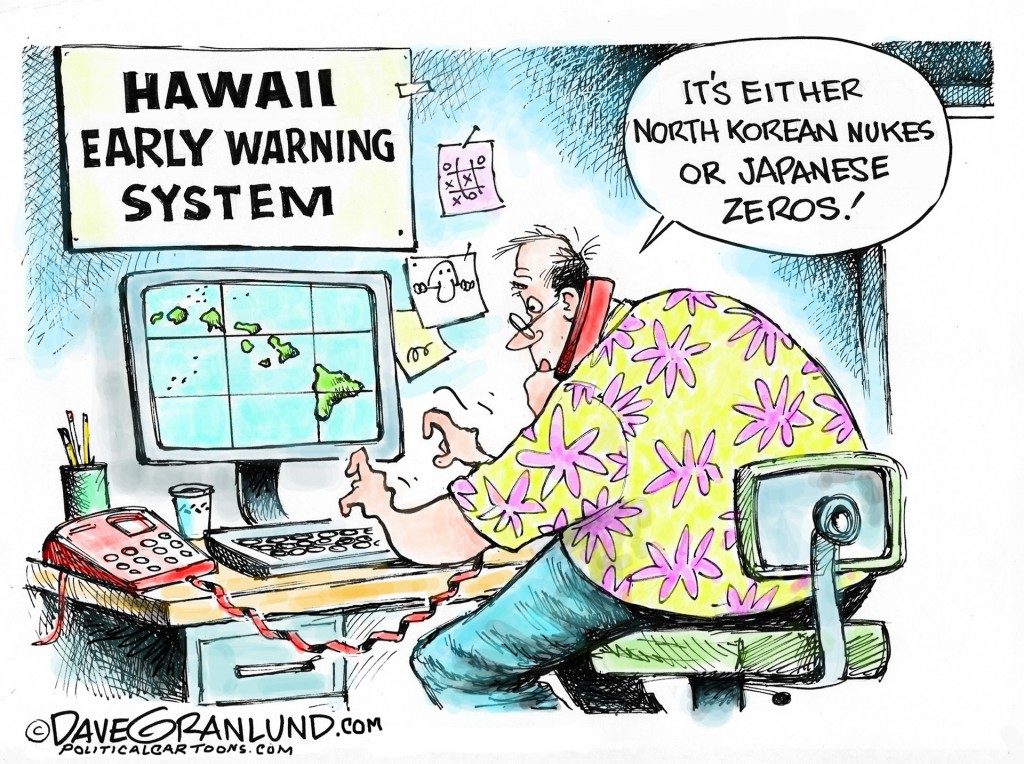 My first earthquake was, as you might imagine, unsettling.

I was part of a yeshivah in Northern California in the 1970s, and my wife and I spent our first five years of marriage there, in the lovely Tanteh Clara Valley (yes, it’s officially “Santa” but we renamed it). Temperate clime, brilliant blue skies, enchanting mountains off in the distance.

It’s hard to convey the helplessness one feels when the very ground beneath slowly shifts this way and that. During that first temblor, we were in our second-story apartment. Strange, I thought, looking out a window, how the framed vista seemed to move up and down repeatedly as the building gently swayed. In a few minutes it was all over, but the feeling of powerlessness remained, and its memory has stayed with me over the decades. There’s nowhere to escape to, after all, when the very earth under one’s feet is expressing discomfort.

We later moved into a rented house, and its back yard abetted a dry gully. Dry, at least, in the summer. In the winter, when the Bay Area weather turns rainy, it morphed into a raging river. I loved listening to its roar, audible even in the house.

Our private river at times seemed poised to overflow its banks and come rushing into our living room but, baruch Hashem, it never did.

I was reminded of it recently, when heavy rains in the south of the state followed terrible wildfires that destroyed ground-stabilizing vegetation. The resulting mudslides — even more horrific to contemplate than earthquakes — devastated the Santa Barbara County community of Montecito, killing at least 20 people. Aged 3 to 89, the victims were buried alive in their homes or carried away by the mud.

Then there were the recent disasters that seemed imminent, but blessedly weren’t.

Like the public alert in Hawaii warning that a ballistic missile was headed toward the islands. The alert, understandably, terrified the state’s residents, especially in the wake of the past months’ chest-thumping and nuclear button braggadocio in Washington and Pyongyang.

“This is not a drill,” the official message misinformed Hawaiians, sending people into closets and basements and prompting countless citizens to write heartfelt goodbye notes to their loved ones. No one died as a result, but one man suffered a heart attack, and a woman became violently ill from shock. Many others feared the worst for the 38 minutes it took for state authorities to retract the public notification.

And then, mere days later, Japan’s public broadcaster accidentally sent its own alert that North Korea had launched a missile its way and that citizens should take shelter.

That panic lasted only five minutes, at which point the station apologized for the false alarm.

But, of course, in August, 1945, even though two initial alerts were followed by “all clear” signals in the Japanese cities of Hiroshima and Nagasaki, all was not clear, and 129,000 people were killed, and countless others poisoned by radiation. Nuclear attacks are not unthinkable today either, and contemporary nuclear weapons are vastly more destructive than those of 1945.

Confronted with disasters, actual or averted, should make us think. We readily recognize the dangers of everyday life, the “kol minei puraniyos” we reference in Tefillas Haderech, the she’im yipaseiach echad meihem of Asher Yatzar.

But a truly sensitive person doesn’t just acknowledge the dangers of travel or the menace of maladies. He takes nothing for granted. Nothing. Not the stability of the earth under his feet, nor the absence of mass destruction raining from the sky.

Jews worry. It’s a stereotype exploited by comedians, impolite pundits, and anti-Semites, but it contains a grain of truth. And it derives from a fundamental Jewish middah, hakaras hatov — in the phrase’s most literal, most fundamental, sense, “recognition of the good” — the good that Hashem bestows on us daily, indeed every hour, every minute, every second the earth stays still and the only clouds on the horizon are made of water droplets.

To be exquisitely makir tov to Hashem for all the brachos from which we constantly benefit requires us, on some level, to realize all that could go wrong. There are people, after all, who are jarred from their sleep by earthquakes or fires or mudslides, or who don’t wake up at all. Only a keen recognition of dire possibilities can lead us to fully appreciate what so many mindlessly take for granted.

Nothing, in truth, can be taken for granted.

And that realization should imbue us with hakaras hatov.