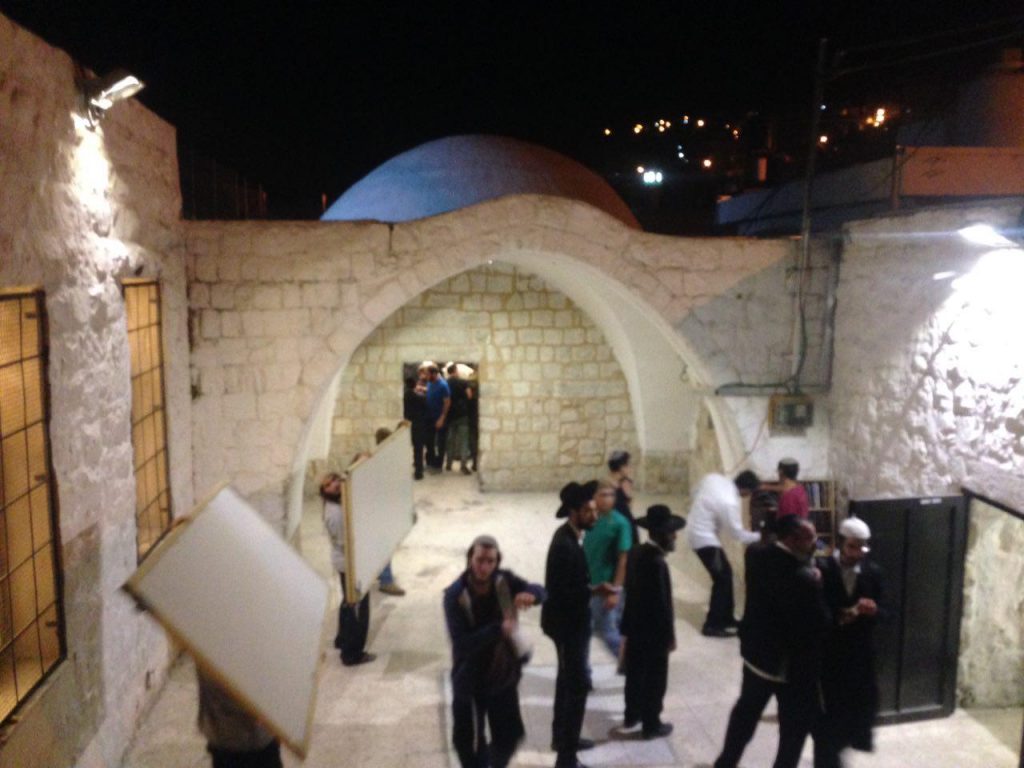 During the event soldiers discovered a bomb planted outside the site. The bomb was set to go off by cellular signal, likely timed for when people would be leaving Kever Yosef. The bomb was removed and exploded in a controlled manner. Arabs also threw rocks and stones at Jews as they left the site. No injuries among civilians or soldiers were reported.

Overnight Sunday, security officials said they arrested 11 wanted security suspects in other areas in Yehudah and Shomron. The suspects were wanted for participating in rioting and throwing stones and firebombs that endangered Israeli civilians and IDF soldiers.

Several of the suspects were also charged with belonging to Hamas. All were being questioned on their activities by security forces.