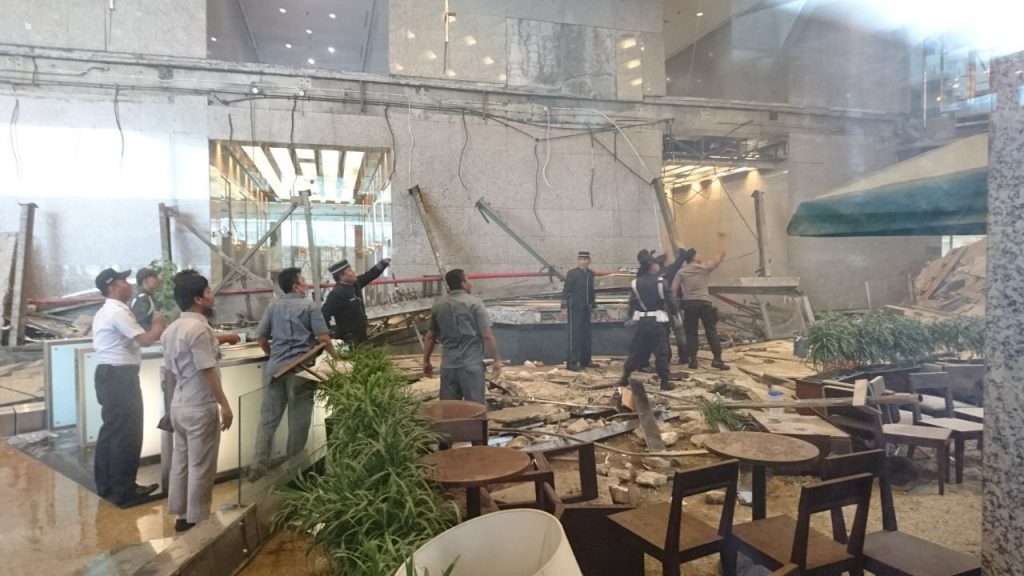 More than 70 people were injured, and some carried out on stretchers, when a mezzanine floor of the Indonesia Stock Exchange collapsed onto the building’s lobby on Monday.

Police cordoned off the complex as people fled the building, and the injured, including students visiting the building, were removed for medical attention. Many were seen sitting on steps outside the lobby, suffering from shock.

“I can definitely confirm there are no deaths,” director of the Indonesian stock exchange, Tito Sulistio said.

“Those hurt mostly had injuries to their limbs,” Jakarta police spokesman Argo Yuwono confirmed. “The accident happened on the first floor….  It’s a floor where many employees pass through. There are some injured, but they have been taken to a nearby hospital,” Yuwono told reporters.

The number of injured is as yet unknown.