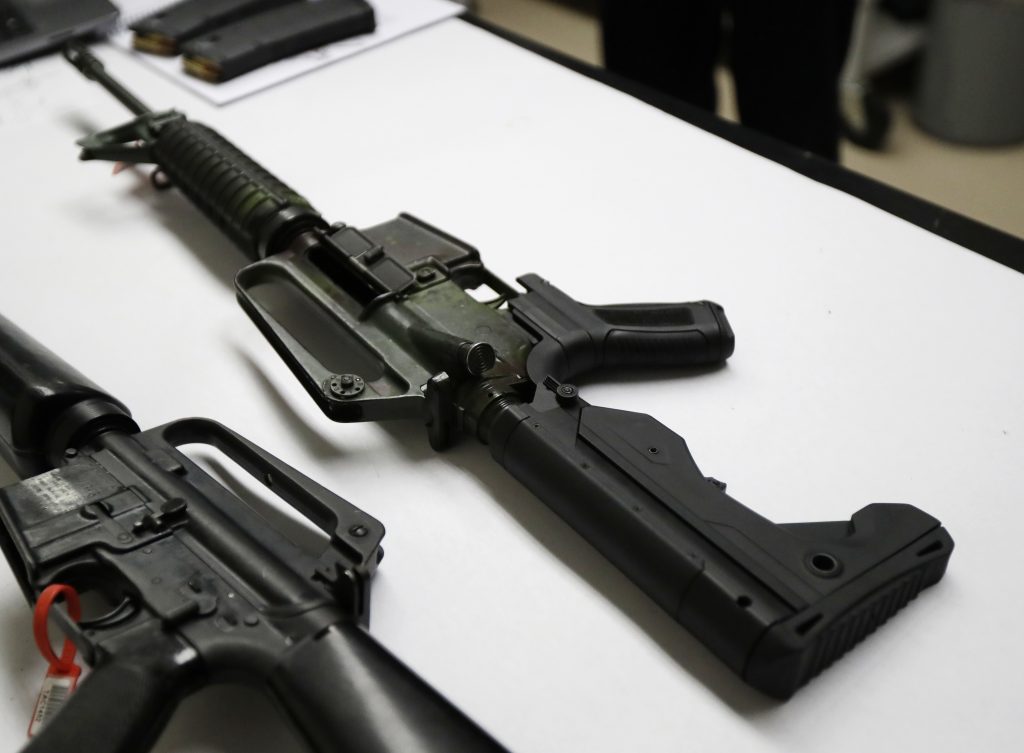 Gov. Chris Christie has signed into a law a bill banning bump stocks, like the one a gunman used in the Las Vegas concert shooting to turn a semi-automatic weapon into a rapid-shooting gun.

The outgoing Republican governor made no statement Monday on the Democratic-sponsored legislation making ownership of the devices illegal. Under previous law they weren’t banned but were barred from legal use on weapons.

NJ.com reports that owners have 90 days to surrender bump stocks or “trigger cranks.” Retailers have 30 days. Sale or possession now carries a three- to five-year sentence, a fine of up to $15,000, or both.

Bump stocks substitute for the regular stock and grip of a semi-automatic rifle, allowing the weapon to fire continuously, up to 400 to 800 rounds a minute.