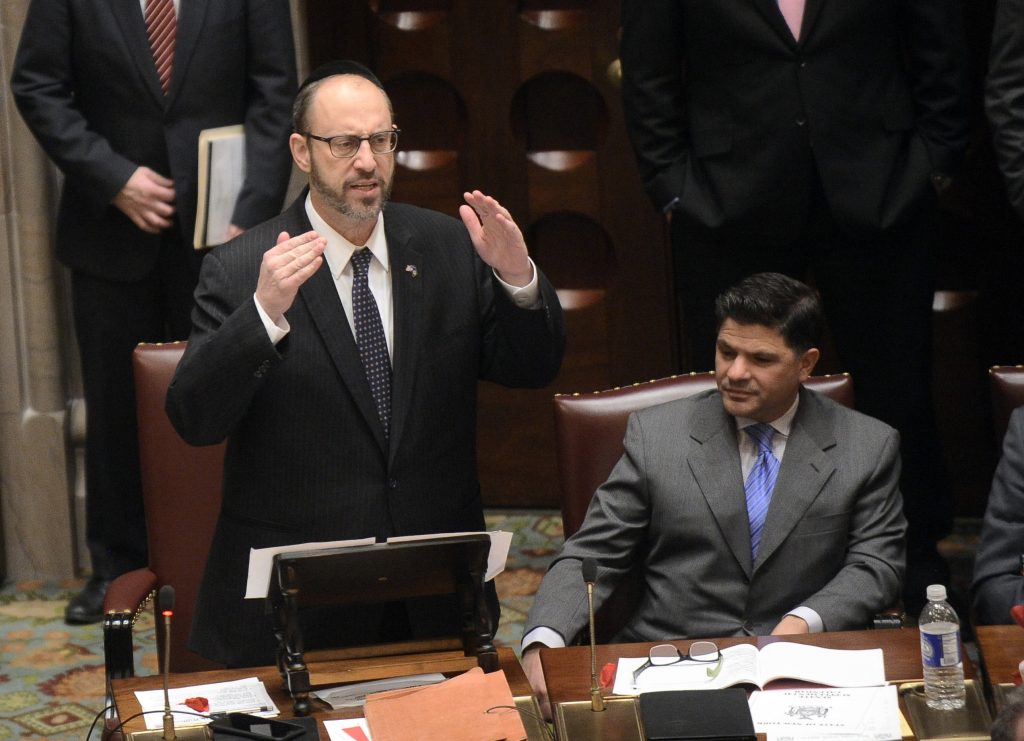 A task force established by Gov. Andrew Cuomo to examine what New York state should do about its plastic bags issued its final report Saturday listing eight options for the legislature — and doing nothing is not one of them.

The 88-page report, “An Analysis of the Impact of Single-Use Plastic Bags,” includes ideas from around the world on how to reduce plastic bag usage.

“We’ve scoured the planet for some of the best ideas, and how certain areas have implemented solutions,” said Basil Seggos, commissioner of the state Department of Conservation and chair of the Plastic Bag Task Force.

The suggestions range from an outright ban to imposing fees and a hybrid ban-fee composition.

State Sen. Simcha Felder, the Brooklyn Democrat who spearheaded the battle from Albany that barred New York City from implementing a bag fee a year ago, said he was waiting for a “final decision” before commenting.

Progressives who embraced the bag ban as a cause celebre called the commission’s report a dereliction of duty on Cuomo’s part, saying that “every additional ton of plastic bag waste is on his hands.”

“When the governor nullified NYC’s ‘Bring Your Own Bag’ law last February, he promised to deliver an effective statewide policy to reduce the use of single-use plastic bags,” noted Councilman Brad Lander, a Park Slope Democrat who sponsored the bag fee law. “He has failed to deliver even a proposal.”

The task force sent the report to Cuomo and the Legislature for further study and potential action.

The varied options include increasing education to consumers, requiring manufacturers to fund and run a program for the collection and recycling of bags, placing a fee on each bag, placing a fee per transaction — meaning the same fee would be assessed whether a consumer received one bag or 10 bags — an outright ban on single-use plastic bags, or a little bit of all the above.

“New Yorkers use about 23 billion bags every year — and most of those end up in garbage. And if they’re not in garbage, they’re in streets, they’re in trees, or they find their ways into waterways,” Seggos said.

“We are not the first to confront this problem, but we certainly are a big state with major metropolitan areas — and the significance of solving this at the statewide level is something that was not lost on us,” he said.