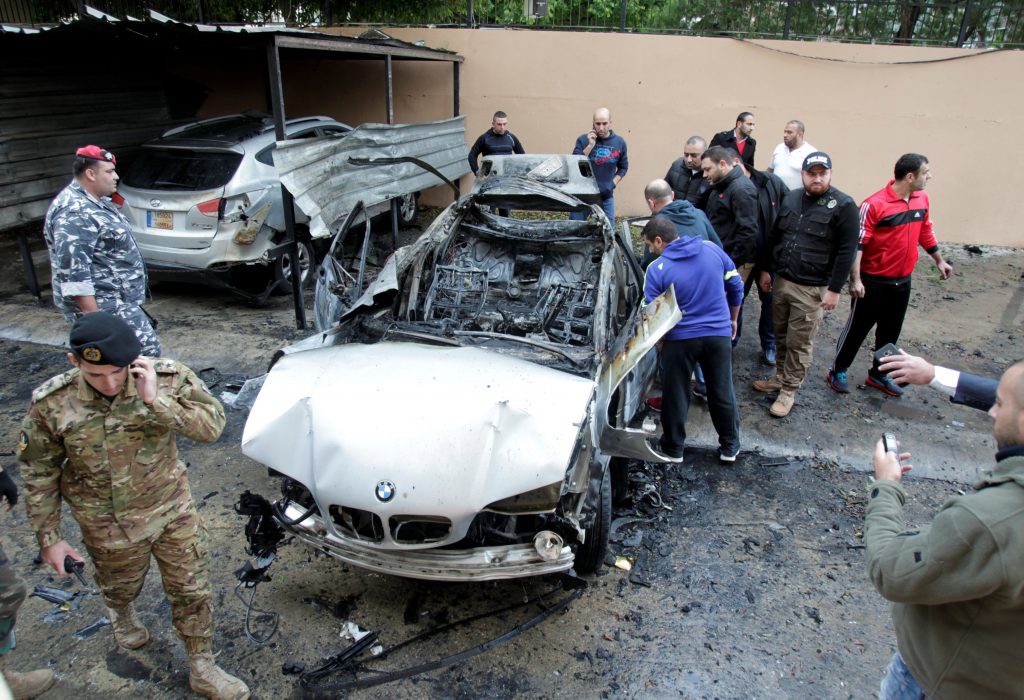 A bomb blast wounded an official of the Palestinian group Hamas in the Lebanese city of Sidon on Sunday, destroying his car, security sources and the Hezbollah movement’s media reported. Al-Manar identified the wounded Hamas official as Mohamed Hamdan, also known as Abu Hamza.

He was “slightly wounded” in the attack, a Hamas official in Sidon told a Palestinian reporter.

The blast destroyed Hamdan’s silver BMW and sent a column of smoke into the sky over Sidon, 25 miles south of Beirut, footage from the scene broadcast by Lebanese media showed.

Witnesses said the man targeted in the attack appeared to have been wounded in the leg. He was transported to a hospital where he was being treated.

Sidon is home to two of Lebanon’s 12 Palestinian refugee camps. The attack took place in a residential area in northern Sidon.