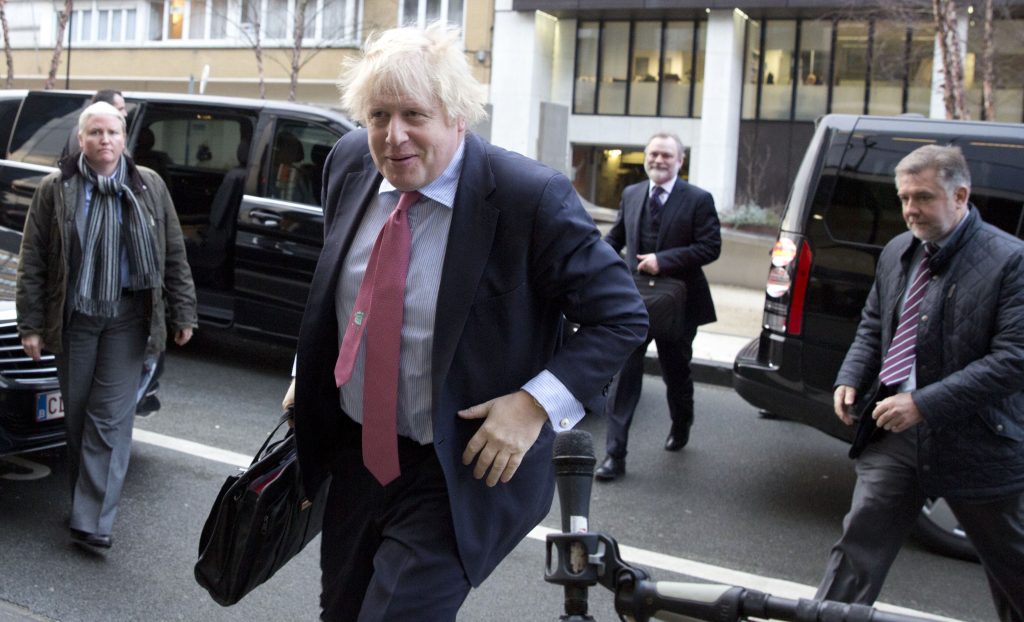 European Union foreign ministers said that a key agreement curbing Iran’s nuclear ambitions must be preserved as U.S. President Donald Trump weighs whether to pull out of the pact.

British Foreign Secretary Boris Johnson said Thursday that the deal is “a crucial agreement that makes the world safer.”

His remarks came ahead of talks in Brussels between ministers from Britain, France and Germany and their Iranian counterpart Javad Zarif.

German Foreign Minister Sigmar Gabriel said the EU wants to preserve the deal “because it is in our interest not to develop or to see that nuclear weapons are developed in Iran.”

Under the accord, Iran slowed its nuclear program in exchange for an easing of international economic sanctions. Trump has said he would consider scrapping the deal.