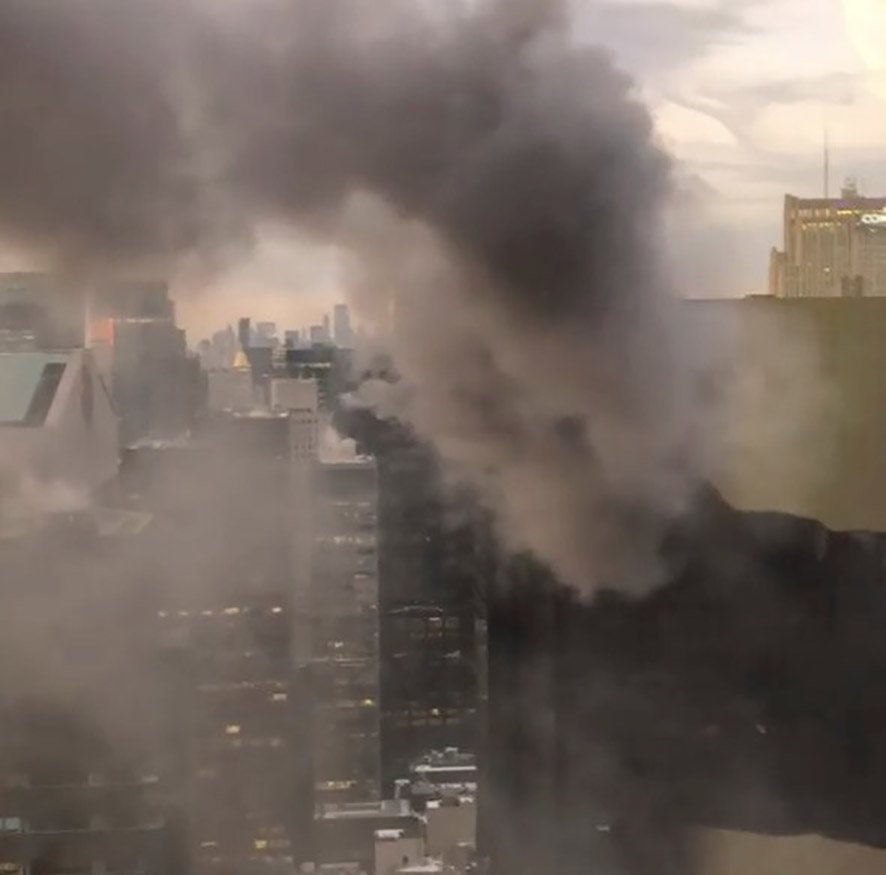 The Fire Department of New York says the fire started just before 7 a.m. Monday at the building that contains President Donald Trump’s home and business offices.

Although local media initially reported there were no injuries, one person sustained a serious, possibly life-threatening injury, and another had a minor injury, the Fire Department said.

Eric Trump, one of the president’s sons, said on Twitter that it was a small electrical fire in the cooling tower on the building’s roof.

“The New York Fire Department was here within minutes and did an incredible job,” said the younger Trump. “The men and women of the #FDNY are true heros and deserve our most sincere thanks and praise!”

The fire was reported by phone on the top floor of the 68-story structure, which had been Trump’s primary residence before his election victory and inauguration nearly a year ago, the department said.

The cause of the blaze is being investigated by the city fire marshal, a Fire Department spokesman said.

Once the investigation is complete, the results will be released, the spokesman, Firefighter Jim Long, said.

Some 84 firefighters and medical crews responded as 26 emergency units with lights flashing converged on the crowded midtown Manhattan location, the FDNY added.