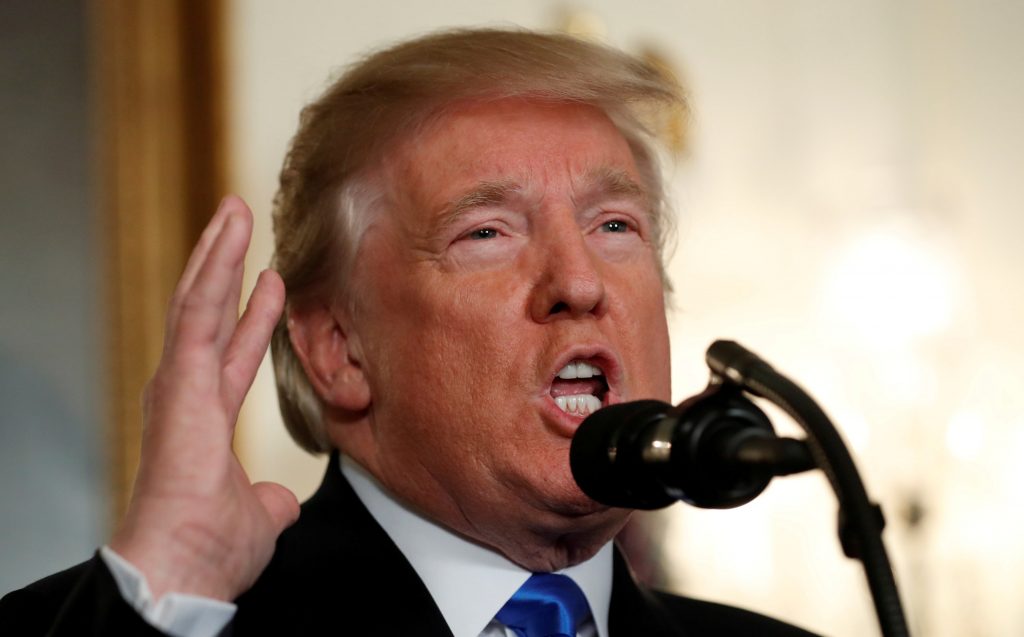 Emboldened by his victory in the passage of the biggest U.S. tax overhaul in decades, President Donald Trump now wants to rein in social welfare programs even though some Republicans are wary of tackling the volatile issue in a congressional election year.

A White House-led drive to downsize government aid programs, such as food stamps and housing subsidies, would energize conservative campaign donors, whose support Republicans are counting on, ahead of the November elections when the party will fight to keep control of Congress.

White House aides say Trump is eager to take on welfare. He has a willing partner in House of Representatives Speaker Paul Ryan, who has long had an interest in the issue.

But some Republicans believe Senate Majority Leader Mitch McConnell is lukewarm on the drive for revising welfare, which might face a difficult sell in the Senate where Republicans hold only a razor-thin 51-49 majority.

Democrats already are attacking Trump for identifying welfare changes as his top 2018 goal, saying they are designed to help pay for tax cuts whose benefits are skewed toward corporations and wealthy individuals and which will add an estimated $1.5 trillion to the debt over 10 years.

Trump has summoned Republican congressional leaders to the Camp David presidential retreat in Maryland this weekend to discuss 2018 priorities, including welfare and a planned effort on infrastructure investment.

Conservative House Republicans are especially enthusiastic about a welfare overhaul. Freedom Caucus leader Mark Meadows and the caucus’s former leader, Representative Jim Jordan, have discussed it with Trump and are confident that the president backs their ideas, such as strengthening work requirements for food stamps.

“He definitely gets it,” Jordan said.

But Republicans may need to tread carefully in seeking to reduce government aid programs that benefit some of Trump’s core supporters in poor, rural regions of the country.

Republican Representative Tom Cole said Congress had a lot on its plate in the early months of 2018, including must-pass budget legislation, and he was unsure there would be the time – or political will in the Senate – to pass welfare legislation.

“First things first,” Cole said, adding it might be better to lay the groundwork for debate over the issue than to try enacting changes this year.

Meadows said he believed a welfare overhaul had strong support among Republican lawmakers but that “convincing Mitch McConnell and the Democrats are Herculean tasks.”

Other Republicans and interest groups such as the U.S. Chamber of Commerce and National Association of Manufacturers think 2018 would be better spent on infrastructure.

Trump’s first major legislative victory – the tax bill – took until the end of 2017. But handing out tax breaks might be far easier than revamping welfare assistance that benefits millions of American families.

Last year, there were more than 42 million people in nearly 21 million U.S. households receiving Supplemental Nutrition Assistance Program, or SNAP, benefits, which are known as food stamps, according to the U.S. Department of Agriculture.

They cost taxpayers about $58 billion.

Trump’s budget proposal last year called for cutting more than $192 billion from SNAP over a decade.