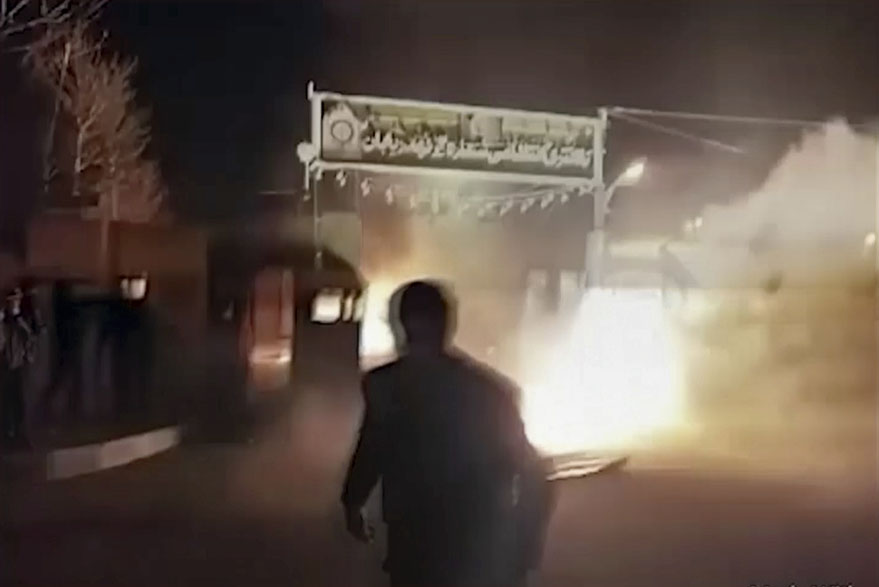 Iranian state media on Wednesday aired pro-government demonstrations in cities across the country after a week of protests and unrest over the nation’s poor economy — a move apparently seeking to calm nerves amid clashes that have killed 21 people.

The protests, the largest seen in Iran since its disputed 2009 presidential election, began Dec. 28 in the city of Mashhad, Iran’s second-largest, over the weak economy and a jump in food prices. They have since expanded to cities and towns in nearly every province. Hundreds have been arrested, and a prominent judge warned that some could face the death penalty.

English-language broadcaster The Press broadcast Wednesday’s pro-government rallies live, saying they were to “protest the violence that has taken place over the last few nights in cities.”

According to state media, the demonstrations took place in at least 10 cities, including Ahvaz, the capital of the oil-rich province of Khuzestan, the Kurdish town of Kermanshah in the country’s west and Qom, the religious capital of Shiite Islam in Iran.

The rallies come after Iran’s Supreme Leader Ayatollah Ali Khamenei on Tuesday blamed days of protests across the country on meddling by “enemies of Iran.”

Khamenei avoided identifying any foreign countries, although he promised to elaborate in the coming days. Undoubtedly high on his list is the United States, where President Donald Trump has tweeted his support for the protests for several days.

Iran’s government has since shut down access to social media, in an attempt to slow the unrest.