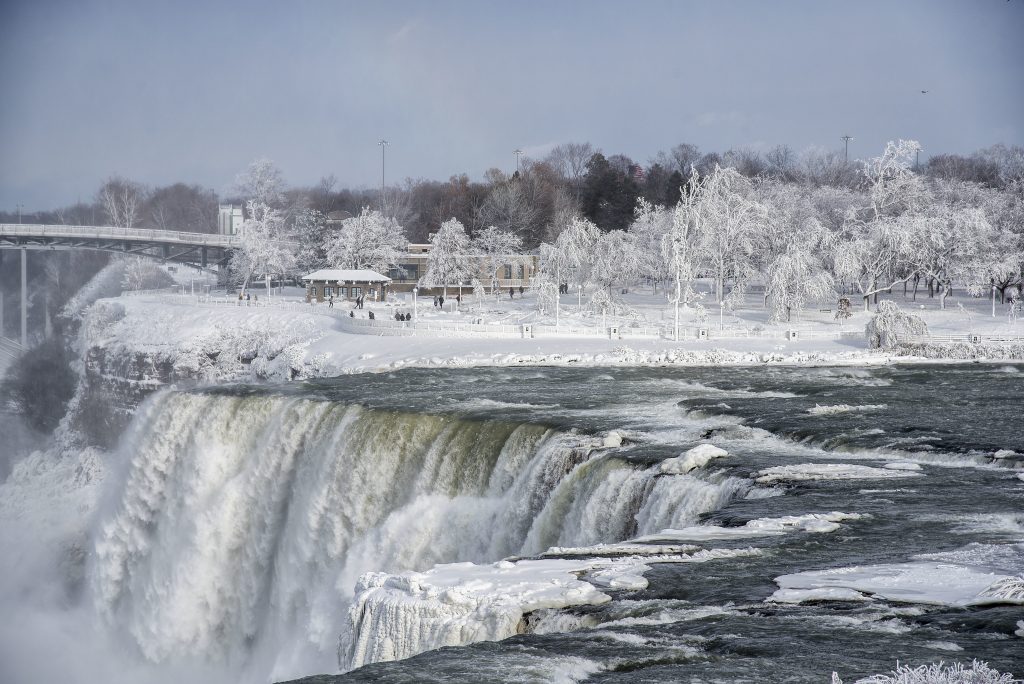 Unforgiving cold has punished the eastern third of the United States for the past 10 days. But the most severe winter weather conditions yet will assault the area late this week.

First, a large and powerful storm will hammer coastal locations from Georgia to Maine with ice and snow. By Thursday, the exploding storm will, in many ways, resemble a winter hurricane, battering easternmost New England with potentially damaging winds in addition to blinding snow.

Forecasters are expecting the storm to become a so-called “bomb cyclone” because its pressure is predicted to fall so fast, an indicator of explosive strengthening. The storm could rank as the most intense over the waters east of New England in decades at this time of year.

In the storm’s wake, the mother lode of numbing cold will crash south – likely the last but most bitter in the series of brutal blasts since December 24.

The responsible storm is forecast to begin taking shape off the coast of Florida on Wednesday, unloading hazardous snow and ice in highly unusual locations not accustomed to such weather. The National Weather Service has already posted winter storm watches from Lake City, Florida, to Norfolk, Virginia. It is then expected to explosively intensify, buffeting the Mid-Atlantic beaches and eastern New England, where winter storm watches have also been hoisted.

In Charleston, 1 to 3 inches snow and sleet is forecast on Wednesday, where the Weather Service warns to “plan on difficult travel conditions.”

From Norfolk to the Maryland and Delaware beaches, including much of the southern half of the Delmarva Peninsula, 3 to 6 inches of heavy snow are predicted from Wednesday evening to Thursday afternoon.

Farther inland in the Mid-Atlantic, near Interstate 95, the storm’s exact track will be highly consequential. Current computer models suggest most – if not at all – snowfall will occur east of Washington and Baltimore on Wednesday night into early Thursday. But small shifts to the west could bring some snow to these cities.

To the north, Philadelphia and New York have a better chance for a coating of snow, but – unless the storm edges closer to the coast – the more significant snows should remain to their east from Atlantic City to eastern Long Island where at least 3 to 6 inches could fall late Wednesday to late Thursday.

By the time the storm reaches the ocean waters east of Long Island and eastern New England on Thursday, it will be explosively intensifying. The storm’s central pressure will have fallen 55 millibars in just 24 hours – an astonishing rate of intensification.

“Some computer models are projecting a minimum central air pressure of below 950 millibars at its peak, which would be nearly unheard of for this part of the world outside of a hurricane,” writes Mashable’s Andrew Freedman. “For comparison, Hurricane Sandy had a minimum central pressure of about 946 millibars when it made its left hook into New Jersey in 2012.”

Winds will crank in response to this pressure drop, howling to at least 30 to 50 mph along the coast. Winds will be considerably stronger over the ocean – exceeding hurricane force – where enormous waves will form.

In Boston, the Weather Service is predicting not only 4 to 7 inches of snow but also winds strong enough to bring down tree branches. Throughout eastern Massachusetts and eastern Maine, the combination of wind and snow could create blizzard conditions, especially if the storm wobbles west.

The storm’s enormous circulation will help draw several lobes of the polar vortex, the zone of frigid air meandering the North Pole, over the Mid-Atlantic and Northeast by Friday and Saturday. Wicked cold air sourced from Siberia, the North Pole and Greenland will all converge on the region.

Temperatures are forecast to be 20 to 40 degrees below normal, the coldest of the winter so far. Most locations in the Mid-Atlantic and Northeast are predicted to set record cold high temperatures on Friday with highs in the single digits and teens.

On Saturday morning, subzero cold is forecast over almost all of New England, with single digits in the Mid-Atlantic. Winds, gusting to 30 mph, will make these areas feel 10 to 20 degrees colder.

Finally, after one of the most intense cold spells of such duration on record in parts of New England – including Boston, temperatures are forecast to gradually thaw by early next week.