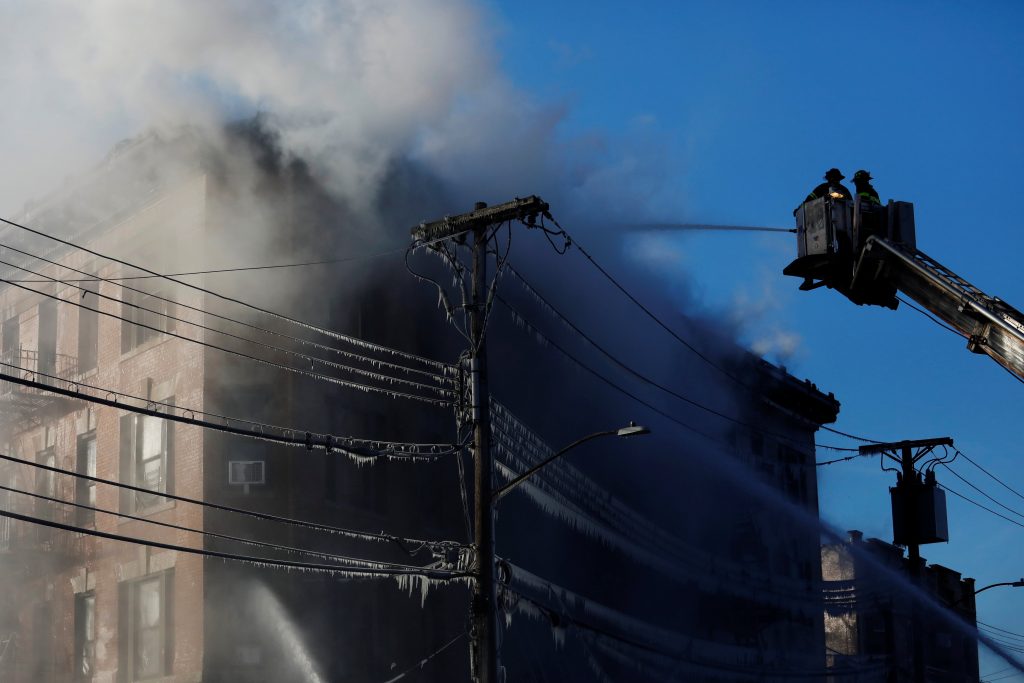 The Fire Department of New York said that 16 people are hurt, four of them seriously, in a fire raging through a Bronx building.

Officials say over 200 firefighters have responded to the blaze at a four-story building near the Bronx Zoo in Van Nest. It was reported about 5:30 a.m. Tuesday.

WABC-TV reports there are twelve apartments in the building, but the blaze appears to have started in a first-floor furniture store.

The blaze comes only days after the deadliest residential fire to hit New York City in at least a quarter century swept through a Bronx apartment building, killing 12 people.