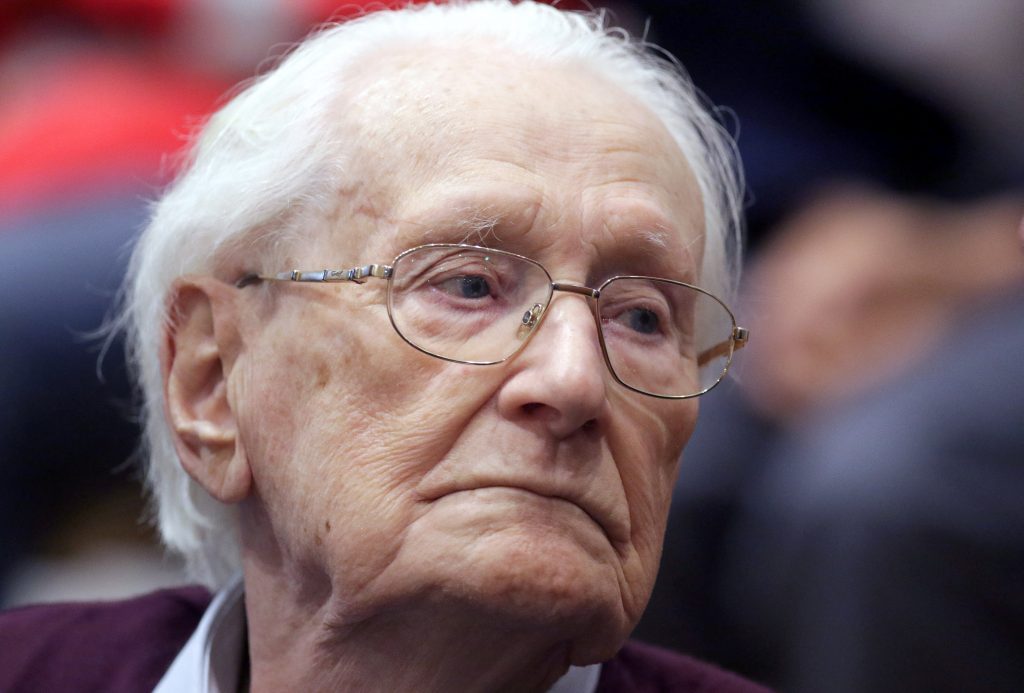 Germany’s highest court said Friday it has thrown out a bid by a 96-year-old former Auschwitz death camp guard for a reprieve on serving his sentence as an accessory to murder.

Oskar Groening was convicted in July 2015 of being an accessory to the murder of 300,000 Jews and sentenced to four years in prison. A federal court rejected his appeal against the conviction last year.

Groening has remained free during a dispute over his fitness for prison. Prosecutors argued that he is fit to serve time so long as there is appropriate medical care, and regional courts threw out appeals against their decision.

Germany’s Federal Constitutional Court said it has now rejected a complaint arguing that Groening’s fundamental right to life and physical safety was being violated. In the ruling dated Dec. 21 and released Friday, it said it saw no constitutional reason to question the lower courts’ rulings.

The supreme court noted that German law allows for prison sentences to be interrupted if a detainee’s health deteriorates significantly.

It wasn’t immediately clear when Groening will be formally summoned to start serving his sentence, but he isn’t expected to go to prison before the January 1st.

Groening, who has been dubbed the “accountant of Auschwitz,” testified at his trial that he oversaw the collection of prisoners’ belongings and ensured that valuables and cash were separated to be sent to Berlin. He said he witnessed individual atrocities but did not acknowledge participating in any crimes.

The court that convicted him ruled, however, that he was part of the “machinery of death,” helping the camp function and collecting money stolen from the victims to help the Nazi cause, and thus could be convicted of accessory to the murders committed there.