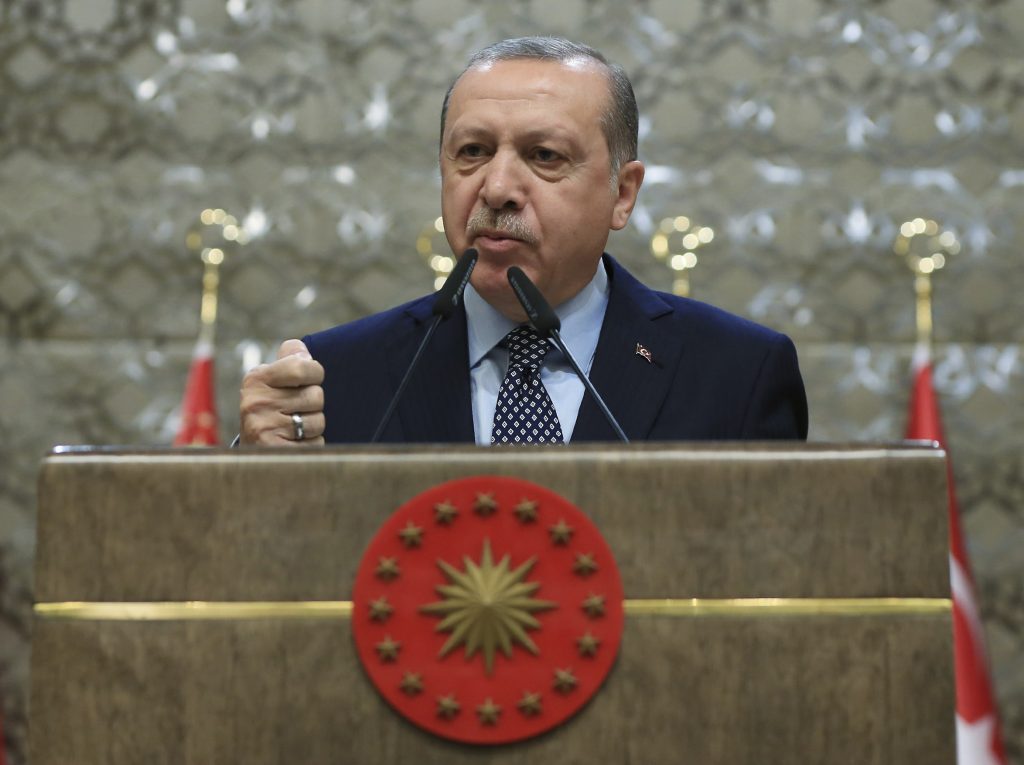 The U.S. Embassy in Turkey announced Thursday that it is resuming normal visa services for Turkish citizens, saying Turkish authorities fulfilled assurances that no local staff would be detained or arrested for performing their duties. Turkey reciprocated by restoring full visa services to Americans.

The diplomatic conflict aggravated tensions between the United States and Turkey, NATO allies that have seen their ties deteriorate since a coup attempt last year that the Turkish government blames on a Muslim cleric who lives in the U.S.

After receiving assurances its locally employed staff members would not be arrested for performing duties such as communicating with Turkish officials, U.S. diplomatic missions in Turkey began processing visas on a “limited” basis in November.

The embassy said Thursday it was satisfied enough that Turkish authorities had kept their promise to restore the full range of visa services. It added that Turkey also followed through on assurances that Washington would be informed in advance if authorities intended to detain other staff members in the future.

“The Department of State is confident that the security posture has improved sufficiently to allow the full resumption of visa services in Turkey,” the U.S. Embassy said in a statement.

Turkey welcomed the U.S. announcement, but denied giving the U.S. any reassurances about any ongoing legal case.

A statement from the Turkish Embassy in Washington also accused the U.S. of spreading misinformation and insisted that no locally employed embassy staff were being prosecuted for performing their official duties, and “We do not approve of the United States providing the Turkish and American public wrongful information,” the statement read.

Metin Topuz, the consulate employee arrested in October, was detained on charges of espionage and alleged ties to Gulen. He was the second local staff member at a U.S. mission in Turkey to be held. The U.S. Embassy denied the allegations against them.

The embassy said it remains concerned about the allegations leveled at the two staff members and other U.S. citizens who were caught up in the Turkish government’s crackdown following the failed military coup.