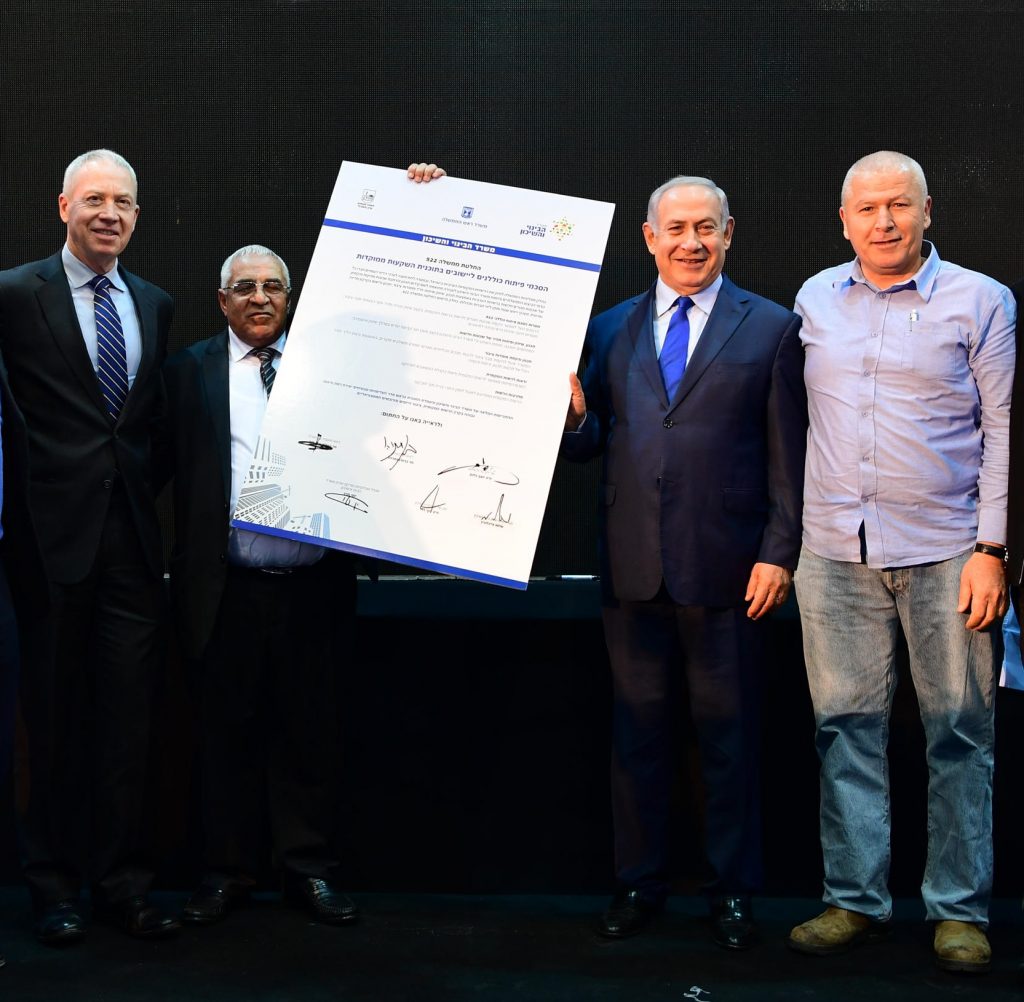 Netanyahu had been invited by the Ein Mahal Council to a signing ceremony for the construction of 600 housing units, part of Government Resolution 922 to improve conditions in the Arab towns.

But some residents were against his visit, and said so, blaming him, among others, for the poverty and neglect in their town.

They said in a statement: “The village of Ein Mahil, which for decades suffered from the policy of expropriation of various governments, suffered for decades from discriminatory policies from (Israeli) prime ministers, including Binyamin Netanyahu.

“The village of Ein Mahil is a small Arab community of some 15,000 people. It is an integral and inseparable part of the Palestinian people who are waging a struggle against the Israeli occupation and against the racist decisions of the government headed by Binyamin Netanyahu, the same prime minister who in his tenure enacted racist laws that discriminate against the Arab minority living within the State of Israel.”

They also cited the prime minister’s last election eve appeal, when he called on the Israeli public to vote Likud, warning that “the Arabs are flocking to the polls” to vote against a right-wing government. Netanyahu later apologized for the remarks, but it did little to quell the widespread resentment against him.

Hundreds of people came out to protest his appearance, and he responded:

“I saw there was a protest at the entrance. They’re holding signs of the Fatah, of the PLO,” he said, referencing the Palestinian faction and previous name of the Palestinian Authority. “Against what do they protest? I ask you, against the millions being slaughtered and thrown from their homes in Syria, Iraq or Libya?

“Against whom are you protesting? Against the only country that protects human rights? Against the country that set up a field hospital [near the border with Syria] to help your wounded? Against the state of Israel? You should be ashamed of yourself,” Netanyahu said.

“We believe in progress, we believe in coexistence, and we work for that goal, and we will continue to do it together, here in Ein Mahil, and everywhere,” he said.