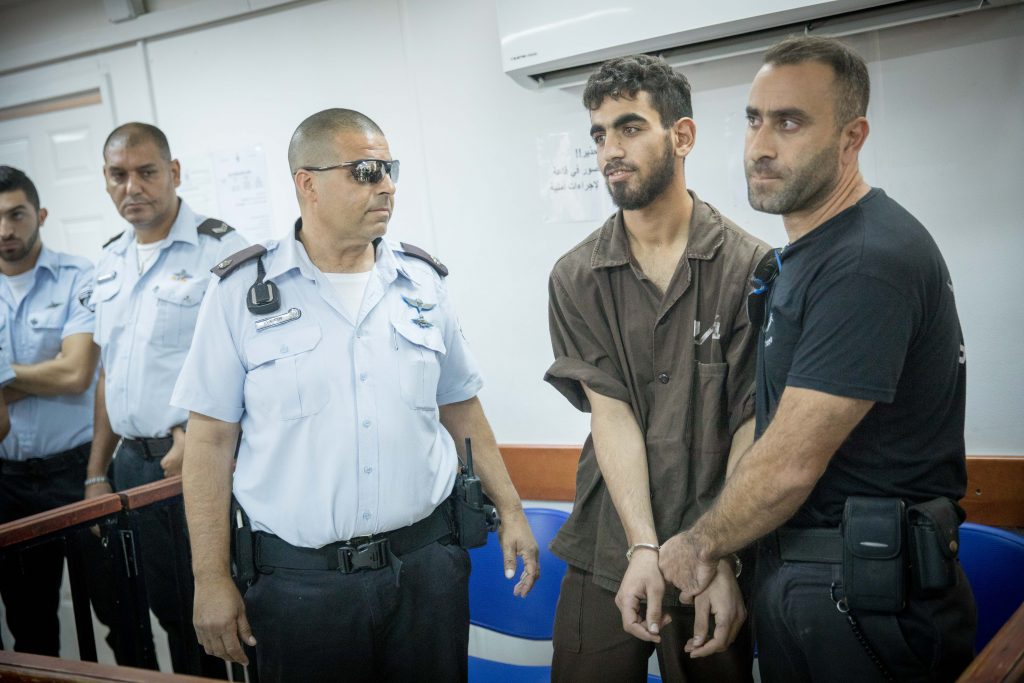 Defense Minister Avigdor Liberman on Wednesday urged the Ofer Military Court to impose a death sentence on Omar Abd al-Jalili, who in July murdered three members of the Salomon family, Hy”d, in their home in the Binyamin town of Chalamish. “This is the only punishment fitting for the perpetrator of this low act,” Liberman said in a social media post. “Jewish blood is not cheap. There is no place here for terrorists, not even in prison.”

Courts in Israel generally do not have the power to execute criminals; indeed, the death penalty has been implemented only once, in 1962, when the state executed Adolf Eichmann, ym”s. Liberman has advocated changing the law to allow courts to impose the death penalty. The court, however, could recommend the death penalty, even if it cannot impose it.

Speaking to Yediot Acharonot, Michal Salomon, widow of Elad Salomon, Hy”d, one of al-Jalili’s victims, said that she had recently discussed the matter with Liberman. “For so many years, we have been sending terrorists to prison, even for lifetime sentences, and it has not deterred other terrorists from committing attacks,” she said. “Nothing will bring back our loved ones. The purpose here is not to satisfy our feelings, but to prevent the next murder. After so many years of ineffective jail sentencing, we believe it is time to try the death penalty.”

Al-Jalili walked from his village to Chalamish and carried out the attack. Several of his family members have been arrested for being accessories and providing assistance to the terrorist, who murdered three people – Yosef Salomon, 70; his daughter Chaya Salomon, 46; and his son Elad Salomon, 36 – as the family gathered for Shabbos in the home the family patriarch to celebrate the birth of a grandson.