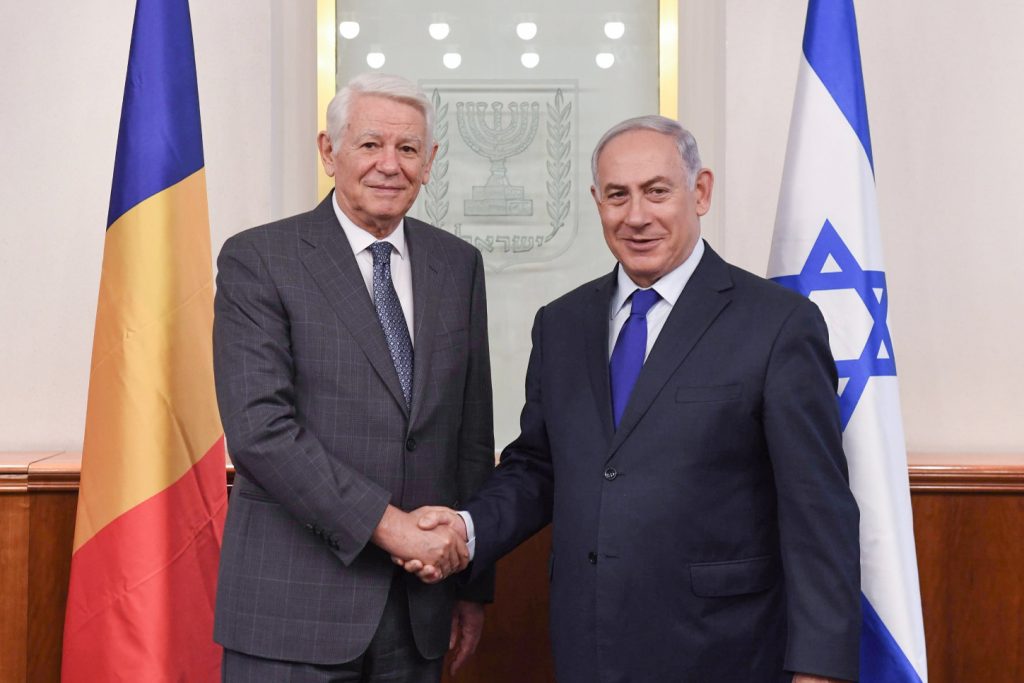 After the historic announcement by President Donald Trump that the U.S. was preparing to move its embassy to Yerushalayim, Romania may be likely to follow. Liviu Dragnea, speaker of the Romanian Parliament and head of the country’s ruling Social Democratic Party, said over the weekend that his country should move its embassy to Yerushalayim. All Israel’s central institutions are in Yerushalayim, and ambassadors and embassy staff commute from Tel Aviv to Yerushalayim. “We should think about it very seriously,” he was quoted as saying in local media reports.

The comments came after Thursday’s vote in the United Nations General Assembly to reject the U.S. declaration that Washington recognizes Yerushalayim as Israel’s capital. Romania abstained in that vote, with the Romanian Foreign Ministry stressing that it supported the two-state solution. Speaking to Yisrael Hayom, Romanian embassy officials in Tel Aviv confirmed that the government was considering such a move.

Romanian media have largely been negative about the idea, Yisrael Hayom reported, saying that the announcement was due to “fear” of the Trump administration, which said that it would “remember” the countries that voted against the United States in the General Assembly vote. Several Romanian politicians said that the government should think twice before making such a move, because the government already had strained relations with the rest of the European Union, and moving the embassy would just exacerbate those tensions.

After the Trump announcement last month, Prime Minister Binyamin Netanyahu was quoted as saying that Israelis could expect more countries to follow in Washington’s wake. Other countries will move their embassies to Yerushalayim, he said — and it will happen even before the American embassy is moved from Tel Aviv to the capital. In fact, he said, Israel was already in contact with some of those countries. A report on Channel One said that those countries included the Philippines, as well as several African countries.