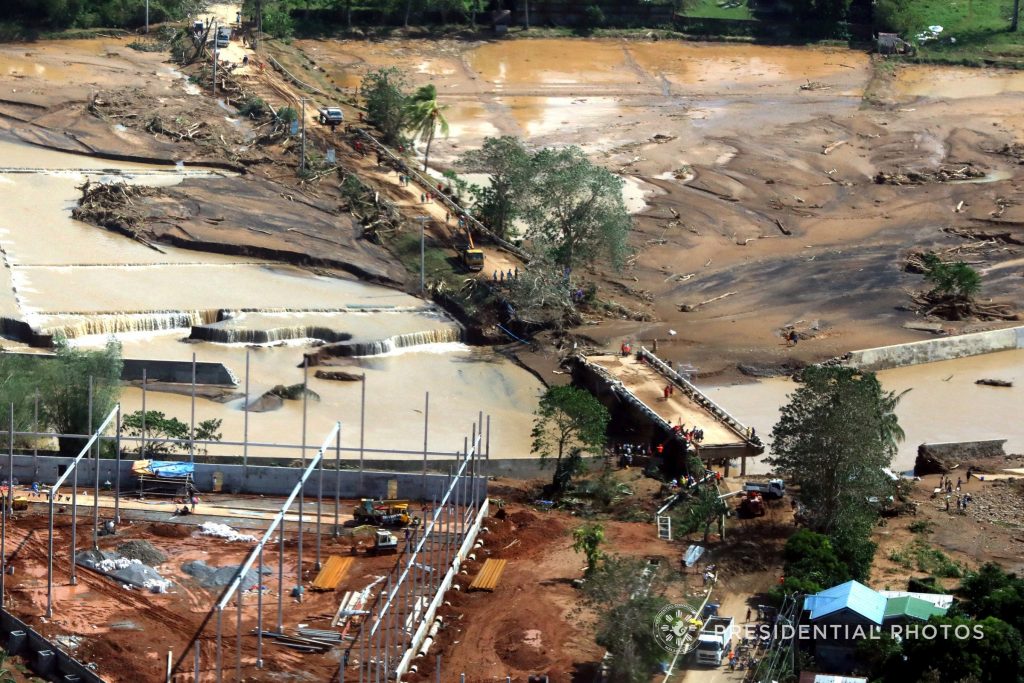 Rescuers in the Philippines searched on Sunday for survivors of a storm that triggered floods and landslides and killed about 200 people, left scores missing and thousands homeless, most of whom apparently ignored warnings to move to safety.

Misery in the largely Christian Philippines was compounded by the death of at least 37 people in a shopping mall fire, officials said.

The Philippines is battered by about 20 typhoons a year and warnings are routinely issued, but the level of destruction wreaked by tropical storm Tembin on the southern island of Mindanao from late on Friday came as a surprise.

“It happened very fast, the floodwaters quickly rose, filling our house,” farmer Felipe Ybarsabal, 65, told Reuters by telephone, saying he and his family had to run to higher ground.

“We weren’t able to save anything from the house. There was no help from anyone because it was so fast. Everything was two to three meters under water in less than an hour.”

Police and disaster officials said they expected the toll of about 200 dead to rise with more fatalities likely to be discovered in remote farm communities and coastal areas, as rescuers reached them and restored communication and power links.

Disaster officials said 159 people were listed as missing while about 70,000 had been forced from their homes.

Soldiers and police joined emergency workers and volunteers to search for survivors and victims, clear debris and restore power and communications.

Disaster officials said many villagers had ignored warnings to leave coastal areas and move away from riverbanks, and got swept away when flash floods and landslides struck.

The storm was moving west on Sunday, over some outlying Philippine islands and the South China Sea towards southern Vietnam, at a speed of about 20 kph (12 mph).

It intensified into a typhoon with winds of 75 mph as it moved out of the Philippine area of responsibility, the national meteorological agency said.

The United Nations was ready to help the Philippines, a spokesman for U.N. Secretary-General Antonio Guterres said in a statement.

The south of the Philippines has been plagued by insurgencies by communist rebels and Muslim separatists for years, as well as often bearing the brunt of tropical storms roaring in from the Pacific.

The region was hit by another disaster on the weekend when fire swept through a shopping mall in the city of Davao, killing at least 37 people, most of them workers at a call center, city government officials said.

The vice mayor of the southern city of Davao, Paolo Duterte, said the chance of survival for any of the 37 people missing at the NCC Mall was “zero.”

The fire broke out on Saturday at a furniture shop on the mall’s third level and quickly engulfed an outsourcing business on the top floor, said a spokeswoman for the city government, Ma. Teresita Gaspan.

The cause was not known but an investigation was being launched as authorities searched for the bodies of the victims.

President Duterte and his daughter Sara Duterte, who is mayor of the city, visited the scene late on Saturday to meet anxious relatives of the missing and survivors.