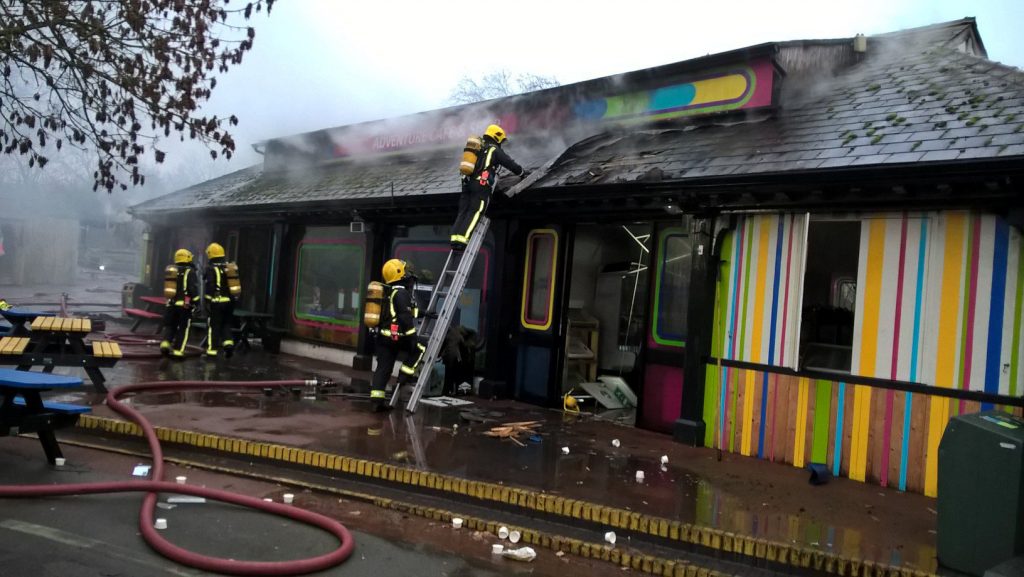 Firefighters and zookeepers rushed to help as a blaze broke out at the London Zoo on Saturday morning, but they were unable to save an aardvark named Misha and four meerkats.

Officials said Misha died in the fire and the four missing meerkats were presumed to have perished as well.

Staff members were treated for smoke inhalation and shock after the blaze broke out near a zoo cafe in the early morning hours.

Staffers living onsite rushed to move animals as quickly as they could in the frenzied minutes after the fire started, but they were too late to aid Misha, a 9-year-old aardvark.

“We had our vet team on site immediately but sadly there was nothing that they could do for Misha,” he said.

Workers searched in vain for the four missing meerkats throughout the day, but said Saturday evening they were presumed to have died in the blaze, which produced intense flames at first and left a smoky pall over much of the grounds.

Vets were called in to monitor the surviving animals and zookeepers were encouraged that there were no other signs of injury.

The zoo remained closed to the public on what had been expected to be a busy day at the popular facility in Regent’s Park. It is set to reopen Sunday.

Media footage from the scene showed the Adventure Cafe and shop to be badly damaged. The fire started shortly after 6 a.m. (0600 GMT; 1 a.m. EST). It took 72 firefighters just over three hours to extinguish the fire.

London Fire Brigade station manager David George said the cause of the fire hasn’t been established.

“Over the next few hours our specialist fire investigation teams will be searching through the debris and looking and seeing if they can establish a likely cause,” he said.