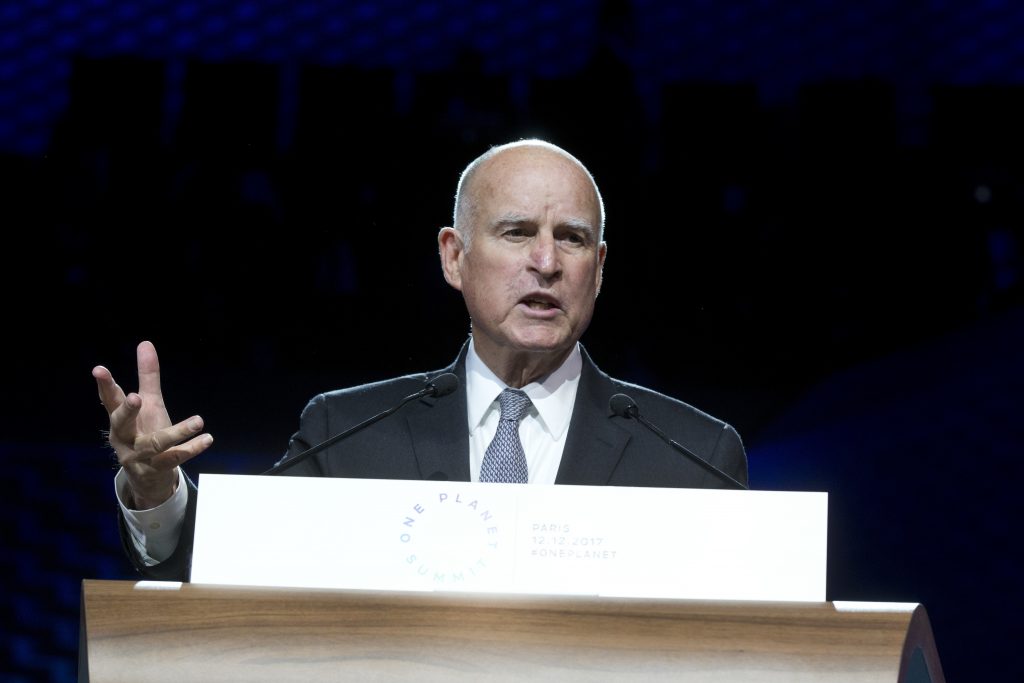 Gov. Jerry Brown on Saturday announced pardons or sentence reductions for some 150 convicted criminals, including two Cambodian refugees facing deportation and a woman who has spent 33 years in prison despite a bungled plea deal that could have freed her decades ago.

The pardons of Rottanak Kong of Davis and Mony Neth of Modesto could be seen as another poke at the Trump administration’s hard-line policies on immigration.

Both men came to the United States as children when their families fled the Khmer Rouge government that killed millions of its own people. They were recently detained as part of a federal immigration roundup, although a California-based federal judge has temporarily halted the deportation of hundreds of Cambodian refugees.

Brown’s pardons said both men had become law-abiding citizens and paid their debts to society.

Neth, 42, was pardoned on Dec. 6 and unexpectedly released from a detention facility on Friday.

He was home with his family, the Sacramento Bee reported.

It’s the second consecutive round of pardons where Brown has intervened on behalf of immigrants deported or facing deportation because of criminal convictions. Earlier in the year, he pardoned three men who served in the U.S. military but were deported to Mexico after completing sentences for various crimes. One, former Marine Marco Chavez, returned to the U.S. on Thursday, 15 years after he was deported following a dog-beating conviction.

Brown, a former Jesuit seminarian, continued his tradition of timing his decisions around the end of year.

In all, he pardoned 132 people and commuted the sentences of 19.

Criminals who request pardons must have completed their sentences and shown that they are reformed.

Fox, 57, took part in a 1984 robbery and killing. She agreed to plead guilty to second-degree murder and testify against accomplices. In return, a Los Angeles County prosecutor said in court that she could be paroled in 7 1/2 years with good behavior. But the law required that she serve at least 10 years.

Fox won a new trial but was convicted in 1992 of first-degree murder and sentenced to life in prison without parole. A federal appeals panel upheld her sentence last year but two of the judges said the state should consider clemency.

“If the state had kept its word, Fox would have been released from prison over two decades ago,” wrote Judge Stephen Reinhardt.

Brown commuted her sentence to 15 years to life, giving her a chance for parole. He noted that Fox has been a model prisoner, and one of her accomplices was paroled years ago.

“Justice is not served by continuing to deny her the opportunity she was promised decades ago — the chance to show that she is worthy of release,” Brown wrote in the commutation order.

Brown also pardoned Kimberly Joyce Carter, who was labeled a hero by CNN for her work with the homeless.

Pardons don’t erase the convictions, but state and federal law enforcement agencies are informed and the pardons are public records.

California’s longest-serving governor has now issued 1,463 pardons, including 404 during his first two terms as governor from 1975 to 1983.

Brown’s father, Edmund G. “Pat” Brown had 467 pardons and 55 commutations, but there have been long stretches of very few. From 1991 through 2010, former Govs. Pete Wilson and Gray Davis issued no pardons while Arnold Schwarzenegger handed out just 15.