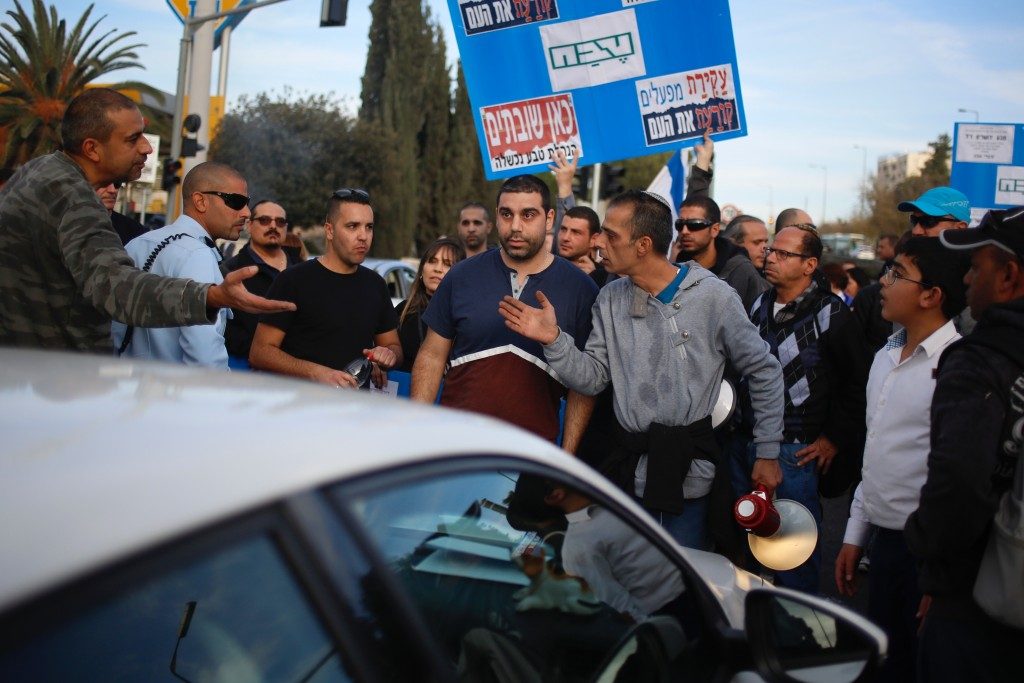 Teva, Israel’s giant pharmaceutical company, has announced plans to cut some 1,700 jobs in Israel. Each job represents a person who has lost his income, status and, in some cases, identity. It represents a family that will have to buy food, pay a mortgage, send children to school — without a regular monthly salary.

As Chagit Ziv, a 10-year veteran at Teva, said, we “will get up tomorrow morning facing the unknown.”

Closing down production facilities in the periphery, where alternative employment is not readily available, is a particularly serious blow. The closure of a factory in a small town often means the death of the town.

It slows down economic activity, as hundreds of Teva employees, as well as hundreds more suppliers and service providers, are out of work and no longer in a position to shop as they once did. That impacts on storekeepers, the municipal tax base and real estate prices.

Most significantly, the closure signals to the young that there is no reason to come back home after completing higher education in the center of the country because there are no jobs to be had. And when the young don’t return, the schools eventually close, bringing more unemployment to teachers, and turning once-vibrant towns into impoverished, dwindling senior citizen villages.

On the one hand, Teva is hemorrhaging money and must take dramatic steps to survive. On the other, the pharmaceuticals giant has received more than NIS 20 billion in tax breaks from the government on the basis of its claim that it provides employment to thousands of Israelis. That commitment doesn’t vanish into thin air because Teva is having difficulties, or because it feels an obligation to its shareholders — 90 percent of whom are foreigners — to shore up its value on the stock market.

Most infuriating is that, as is so often the case with big companies that fail, it is the “little guy” — the production worker in Kiryat Shemona or the lab researcher in Yerushalayim — who must pay the price for the errors of top management, which either failed to see the crisis coming or actively brought it on.

In the case of Teva, there has been a lack of direction, as the company’s board of directors replaced its director general four times in the past ten years. Should Teva focus on generics, which has a low profit margin but at which it enjoys a competitive advantage, or on developing new drugs that have the potential to generate enormous profits, like its blockbuster Copaxone, the MS drug that was responsible for most of its profits before recently losing its patent?

To make a wise decision, you need stable leadership that enjoys the confidence of the board for the long haul.

In its race to become the world’s No. 1 generic drug manufacturer, Teva acquired companies in a reckless way that brought less value than expected at greater cost. A colossal management mistake, which workers are now paying the price for, was the acquisition of the generic drug manufacturer Actavis, at an astronomical cost of $40 billion, most of which was financed by loans that the company is having a nearly impossible time paying back.

At the same time, management failed to plan for the day that Copaxone, its biggest earner, lost its patent.

But all that is history. Today, Teva is in deep economic trouble and who’s to blame is irrelevant. Unfortunately, there is no choice but to fire workers, but it must be done as carefully and parsimoniously as possible, in the recognition that each job is a life, a family, children, their present and their future.

United Torah Judaism MK Rabbi Moshe Gafni, who heads the powerful Knesset Finance Committee, is determined to fight for every job. He is in touch with the heads of Teva, the heads of the Histadrut and with key people in the government, including the prime minister and finance minister, to try to keep the number of those who need to be fired to a minimum.

“I was promised that workers wouldn’t be fired,” he said. “I will do everything I can to prevent damage to families despite the difficult financial situation of the company.”

In that vein, the Israeli government must insist that, in light of the super-generous tax breaks it gave Teva, that as few as possible of the international conglomerate’s dismissals be in Israel.

In addition, the government and non-profits must step in to cushion the blow for the families that are let go. That means retraining, assistance in finding new work, increased and extended unemployment benefits, counseling for those who were laid off and their families, and more.

That’s probably the most that can be done, and the least, for people whose loyalty and dedication to their company wasn’t reciprocated by top management.