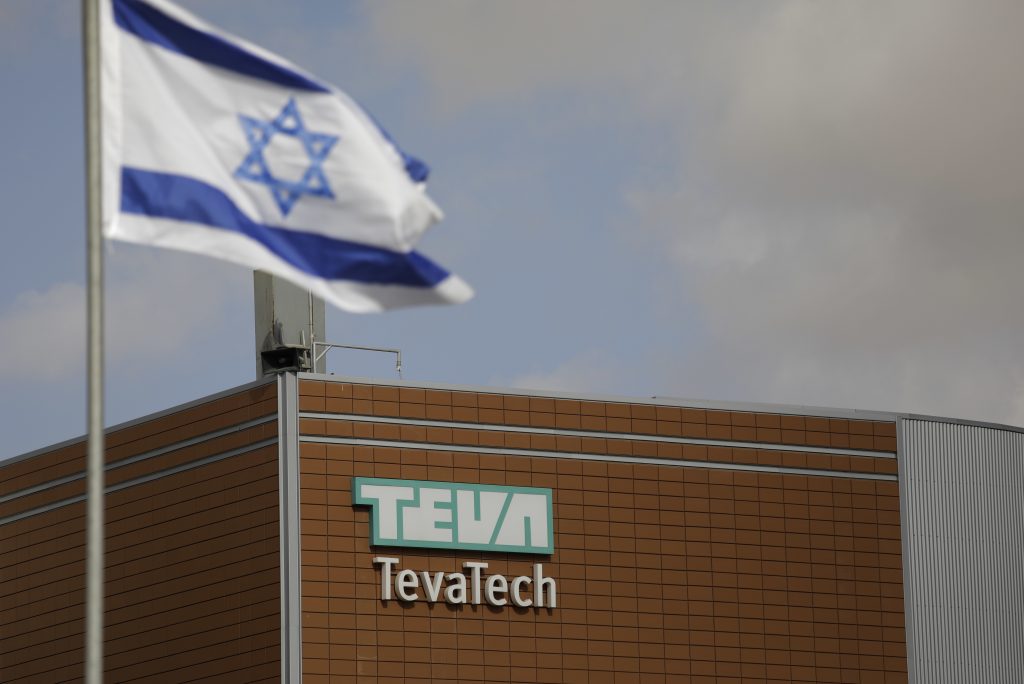 The Histadrut has ordered a strike by workers at Israeli drugmaker Teva on Tuesday after two days of protests by employees over planned job cuts by the indebted firm.

After that meeting, Avi Nissenkorn, head of Histadrut ordered a suspension of activity at all Teva sites in Israel on Tuesday. He also said workers would protest in front of the prime minister’s office on Tuesday.

Finance Minister Moshe Kahlon said the government supported Teva workers and would do all it could to reduce the number of job losses and factory shutdowns. He did not give details.

Workers at Teva Medical blocked an entrance to the port city of Ashdod and the company’s headquarters, and two other plants were shut down. Hundreds of workers protested inside a plant in Yerushalayim, preventing it from operating.

Histadrut said that 250 staff members at the Kfar Saba plant, north of Tel Aviv, had said they would stop work for several hours on Monday, and that protests would be staged at other sites.

A senior government source told Globes that at Tuesday’s meeting with ministers, “the Teva CEO’s statement about the company’s commitment to the state of Israel will be put to the test.”

The source also said that the prime minister and his colleagues intend to propose that Teva close a plant in Ireland rather than the one in Yerushalayim.

“Teva has many production sites in Israel and around the world, such as in the U.S., Germany, India and Ireland, but it is more Israeli than Indian or Irish. If the company declares proudly that it intends to preserve its Israeli character, it should prove it in its actions.”

“Production in Ireland may be $10 million cheaper for Teva than production in Israel, but that’s not such a dramatic number for a company like Teva that it can’t absorb it, for all the deep crisis it finds itself in,” the source said.

“In Ireland, Teva is not a symbol, but in Israel it is a symbol, as shown by the fact that the whole country has been up in arms for days and the prime minister is dealing with the matter personally. That wouldn’t happen anywhere else in the world. At the meeting we’ll hear [Teva CEO Kare] Schultz, we’ll form an impression of his plans, but in the immediate term there isn’t anything new that we can pull out of the hat for Teva. Nevertheless, we shall make clear to Schultz and to the heads of the company that it’s time to restore or maintain production plants in Israel, and not the reverse.”

Israel has no legal power over the company’s managerial decisions. Teva is a private corporation, and the billions of dollars in tax breaks it was granted by the Israeli government were made without conditions.

Moreover, there is concern that Teva will leave Israel altogether, if its finances cannot be quickly stabilized and the business climate in the country becomes less clement.

“If we put too much pressure on Teva, Teva can get up and leave Israel,” Prof. Avi Simhon, a state economic advisor told The Times of Israel. “The state cannot manage Teva. This is a private company.”

However, Simhon recognized that the government cannot be passive in the crisis. He suggested that if the plan to close the Yerushalayim facility was due to a short-term cash flow problems the government might be able to help. At the same time, Simhon acknowledged the drawback that any such assistance might risk creating a precedent for government bailouts for other troubled companies.