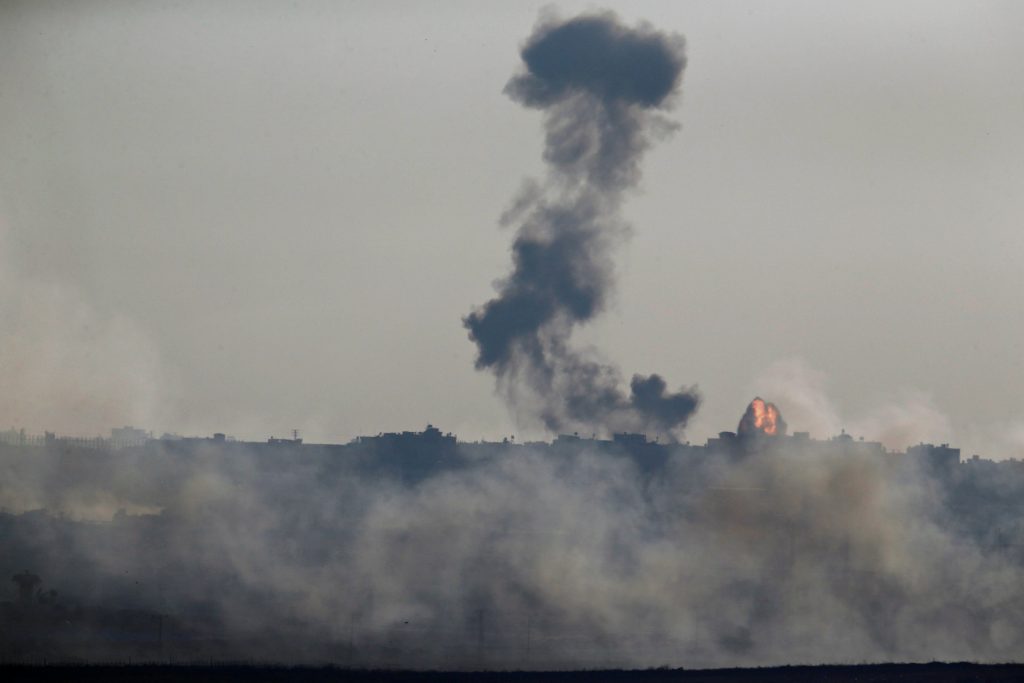 IDF troops struck overnight in Gaza after terrorists fired three rockets at Israel, one of which struck a home in a town in the Gaza border area. In response, IDF forces blasted several Hamas positions. The Red Alert warning system sounded in several cities in southern Israel, including Ashkelon. Israeli officials identified three rockets launched from Gaza altogether, two of which fell inside Gaza.

There were no injuries from the rocket that hit inside Israel, although the damage to the building and several vehicles was substantial. The family living in the house was out at the time. Israeli planes hit six targets in Gaza, including munitions storage facilities and sites from where rockets against Israel have been launched in the past

In a statement, the IDF said that it “viewed in a very serious manner the continued rocket fire at Israeli towns.”Hamas is the sole party responsible for what happens in Gaza, and the IDF will continue to hold it responsible for any attacks.”