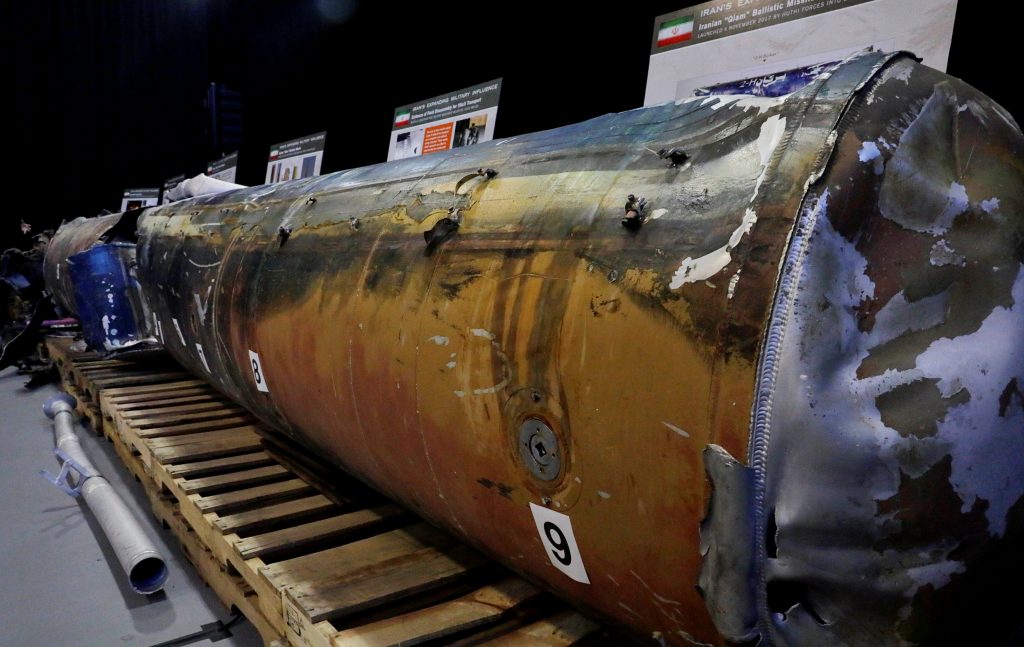 The United States on Thursday presented for the first time pieces of what it said were Iranian weapons supplied to the Iran-aligned Houthi militia in Yemen, describing it as conclusive evidence that Tehran was violating U.N. resolutions.

The arms included charred remnants of what the Pentagon said was an Iranian-made short-range ballistic missile fired from Yemen on Nov. 4 at King Khaled International Airport outside Saudi Arabia’s capital Riyadh, as well as a drone and an anti-tank weapon recovered in Yemen by the Saudis.

Iran has denied supplying the Houthis with such weaponry and on Thursday described the arms displayed as “fabricated.”

But U.S. Ambassador to the United Nations Nikki Haley expressed confidence the transfers could be blamed on Tehran.

All of the recovered weapons were provided to the United States by Saudi Arabia and the United Arab Emirates, the Pentagon said. Saudi-led forces, which back the Yemeni government, have been fighting the Houthis in Yemen’s more than two-year-long civil war.

The unprecedented presentation — which Haley said involved intelligence that had to be declassified — is part of President Donald Trump’s new Iran policy, which promises a harder line toward Tehran. That would appear to include a new diplomatic initiative.

“You will see us build a coalition to really push back against Iran and what they’re doing,” Haley said, standing in front of what she said were the remnants of the Nov. 4 missile.